Another gorgeous, sunny spring day. We made it to 77˚F, I think.

After another night of too little sleep, I got up at 7:30 a.m., and by 10:30 I was writing. By 1:30 p.m., I'd done 1,051 words and found THE END of The Tindalos Asset. Finally. I began work on The Tindalos Asset on June 13th, 2017, almost two years ago. I have no idea why this one took me so long. It will be published by Tor.com, the third book in the trilogy that began with Black Helicopters and Agents of Dreamland. It is a very loose sequel to both. I'm guessing it will be out sometime in 2020. There's still a lot of editing to be done.

The "final" word count on the ms. is 41,928, and that will easily go to 42k or even 43k after editing. Unless I cut something big. It's a considerably longer novella than either of its predecessors. For comparison, Agents of Dreamland came in at only 23,186 words and the expanded "final cut" of Black Helicopters that Tor published came to 37,891 words. So, yeah. It's longer.

Anyway, so, today was an enormous relief. We can all breath a sigh of relief, and neither my editor, Jonathan Strahan, nor my publisher, Tor.com, has to send anyone around to break my legs.

The next three or four days will be spent in some fairly intense editing, because there are some rough patches, and then I'll send it off to Jonathan.

Spooky and I went to the botanical gardens when I was done with work. I've hardly been outside since the toe injury at the end of February, which has left me in even worse shape than I was before the injury. We walked out to the koi pond (all the turtles were sunning), and by the time we made it back to the car, I was winded and my feet were screaming at me. There was a quick stop at Da Oink, and then we celebrated with a dinner of hot dogs. Oh, and Spooky made an apple pie tonight.

And we finished watching The First on Hulu. Really, if you can, see this. It's beautiful and brilliant and smart. It's was like discovering a Terrence Malick science-fiction film I hadn't known existed.

Later All You Taters,
CRK 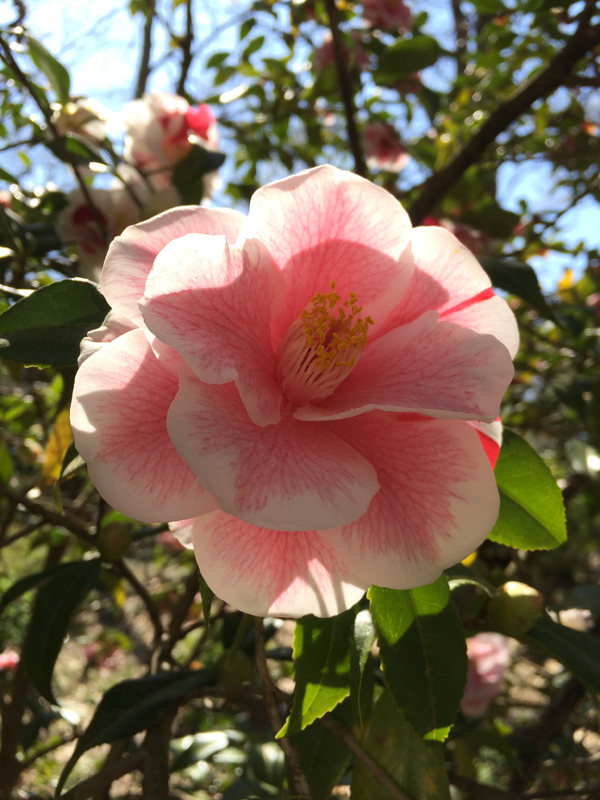