A cold night, after a cold day yesterday. We had a possibility of a "wintry mix" this morning, but that didn't happen. The sun's supposed to come out and give us milder temperatures today. Currently, it's 43˚F, with the windchill at 39˚F.

Yesterday, Spooky posted a photo of Selwyn and Lydia to Facebook, and Julie dubbed them "Moose and Chubs," respectively. Oh, that's the "Moose of Siam." Which reminds me, have a look at Spooky's Etsy shop.

A strange day yesterday, and not very productive, thanks to my not having slept. And then I didn't sleep much last night, either. But I'm going to try to get more more done today than yesterday. On Friday, I managed to get "Anamorphosis" to the editor who's reprinting it, and to pick out a story for another reprint request, and to answer some other email. But I have to get back to making new prose. February will slip away before I know it.

I've been trying to think of more to say about the writing of "Anamorphosis." It was an important period, right there at the beginning of my career as a professional fiction writer. Of all the stories that would eventually became Tales of Pain and Wonder (2000, reprints in 2002, 2008, and 2016), "Anamorphosis" was the first written (which is why it appears first in the collection). The story wasn't originally written for Ellen Datlow, though she was the first editor to buy and publish it. It was originally written for Dean Wesley Smith, who was still publishing Pulphouse Magazine back then. Smith was planning an anthology titled Spatterfairies – which you may correctly assume was to consist of splatterpunk stories about fairies. I submitted "Anamorphosis" to him on June 1, 1994, and he liked it, but the anthology never came together, so I had to find another home for the tale. Maybe I'll dig out the relevant notebook – I haven't yet given those to Brown – and see if there's anything else interesting to relate.

Okay. The platypus says get to work. So, all that stuff about wandering around the corpse of Western supermarket in Mountain Brook, looking for 30% off scraps, I'll leave that to your imaginations. 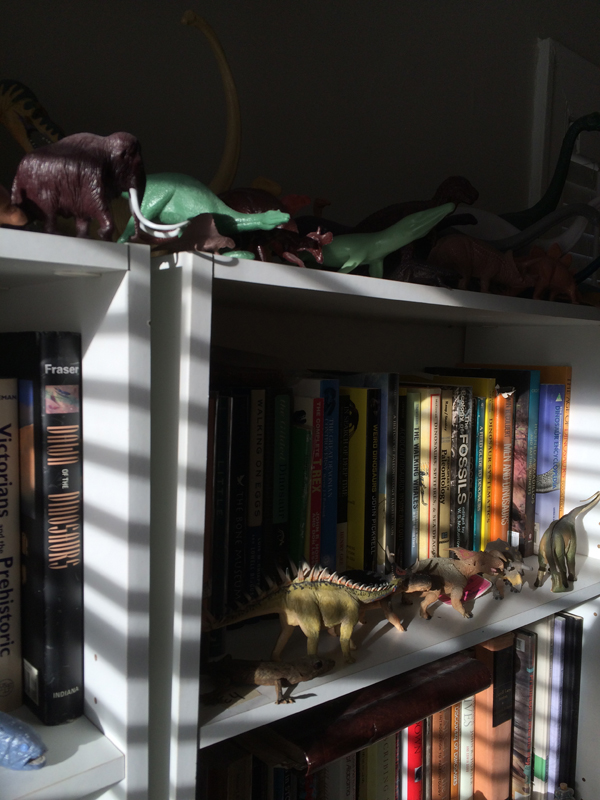