Twenty degrees Fahrenheit cooler than this time yesterday; currently, it's 42˚F, with the windchill at 35˚F. But the sun is warm, and the clouds are only taking up about half the sky.

And Albert Finney has died.

Slowly, trying to get back to the place where I write, or at least work, most days.

Today, I have to send "Anamorphosis" away for a reprint. I'm resisting the urge to revise it, which isn't easy. The story was written in May 1994, which makes it the very first story I wrote after moving from Birmingham to Athens, Georgia. And my sixth short story (if one begins counting with "Between the Flatirons and the Deep Green Sea") and the first Deacon Silvey story. That was pretty much a million years ago, at least two lifetimes ago. I sat in a coffeehouse on West Washington Street (the original Jittery Joe's) and read a book on psychic criminology and made notes for the story in a spiral-bound notebook. I was living in the pre-Civil War carriage house on the property of the Camak House on Meigs Street. A long, long time ago. "Anamorphosis" sold to Ellen Datlow for Lethal Kisses: 19 Stories of Sex, Horror, and Revenge, which was published in 1996. Which made it my first story sold to Ellen Datlow. That's a tally of three firsts, right there. Anyway, the only way I can resist the urge to significantly revise the story now is to refuse to actually read it before I send it away. So, I won't read it. "Anamorphosis" has already been through two or three significant revisions since it's original publication, mostly recently in 2007 for the Subterranean Press edition of Tales of Pain and Wonder (2008). Oh, and the story was written to NIN's The Downward Spiral and Tori Amos' Under the Pink.

And I'm going to give The Tindalos Asset one last try, which will consume most of whatever remains of February. 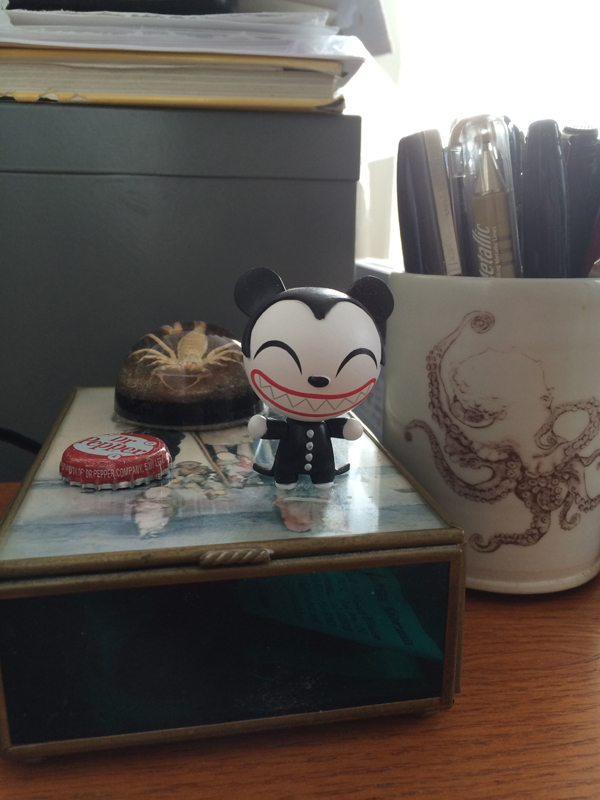