Here in Birmingham, lots of sun today, and the temperature made it all the way to 71˚F.

We left Birmingham about 12:30 yesterday afternoon and drove to Athens. We spent the evening with Julie and Kurt, but I had a rough night, so we headed back about noon today. It was a long way there and back for such a short visit, though it was a pleasant visit. When Spooky and I were young, those long drives didn't bother us. Anyway, it was my first time back in Athens since April 22, 2007, almost twelve years ago. As I said to Jules last night, in Athens, it's like everything has changed and stayed exactly the same. I'm likely too tired to write about this tonight, and I have a headache. So, maybe I'll say more tomorrow. Well, I will go ahead and say we passed a fair chunk of the visit watching old movies on TCM – first Richard Fleischer's Fantastic Voyage (1966) and Doctor Dolittle (1967). I imagine lots of folks don't know the same man directed both.

On the way out of town this afternoon, heading home, I realized I hadn't taken any pictures for the LJ. So, despite the fact it had started to rain, I had Spooky stop and let me take a photo outside Wuxtry. Thank fuck some things remain the same. 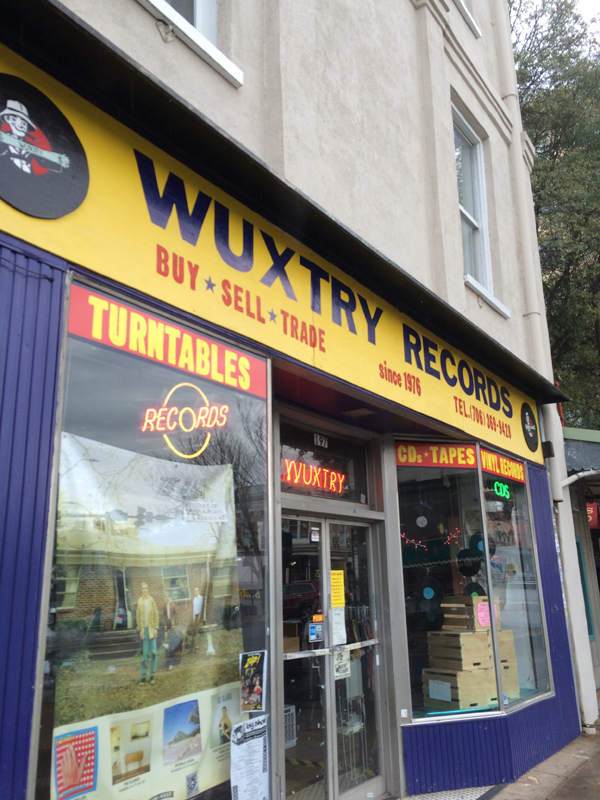