A sunny, warm day today. I had the windows open most of the afternoon. Currently, it's 50˚F.

It was sort of a long and oddly exhausting day, so this is going to be an itemized entry, beginning with:

1. With enormous relief, I can say that I finished "Untitled 43" today and retitled it "The Lady and the Tiger Redux." I did the last 1,003 words, then took a break, and came back and edited it late in the day. Go me. The story will appear in Sirenia Digest 156, which should go out to subscribers on Monday or Tuesday. It would be out sooner, but I think we're heading to Athens tomorrow to visit with friends.

2. I got a note from Elizabeth Story at Tachyon, letting me know that The Very Best of Caitlín R. Kiernan is back from the printer. Oh, she sent me a link to a photo on Instagram, here. I shared the photo on Facebook. Also, Elizabeth's note led me to a review from Booklist, from January 1st, that I'd overlooked somehow. Here it is:

Kiernan is among the most critically acclaimed authors of dark fantasy and horror alive today, but precisely because her work has always pushed at the boundaries of genre fiction, presenting weird, dark, and unsettling tales that are non-linear, grotesque, and disorienting, mainstream success has eluded her. This collection, the newest of many that have tried to compile the best short fiction from over 250 of Kiernan stories, focuses on the harder to find short works, those that were only published in long sold out, limited editions.* The result is a volume that presents a mere snapshot of her genius, showcasing how she plays with gender, creates tension that progresses to the level of nightmare, and crafts a story where beginnings and endings don’t matter, rather it is about the characters, their struggle, and really humanity itself. Yet despite the darkness at each story’s core, there is also beauty in these lyrical compelling, and intriguing tales that are nearly impossible to stop reading. Fans may have read some of these stories before, but many readers who have more recently been introduced to works of writers with more mainstream attention like Carmen Maria Machado, Jeff VanderMeer, or China Mieville, will be glad to find this volume on your shelves so that they can discover a writer who inspired them all.

And it reminded me of an article from long, long ago (well, 2006), which I wrote about here. Short version: someone referred to me and Jeff VanderMeer as cult figures. I guess Jeff has graduated to the mainstream. I'm fairly sure I never will. But, to be fair, I've hardly ever tried, and when I have tried, only misery has ensued.

3. After I'd finished "The Lady and the Tiger Redux," but before the line edits and such, Spooky and I went out for a walk at the botanical gardens. The weather was just too good to be trapped inside all damn day. There were birds everywhere (cedar waxwings, robins, sparrows, mockingbirds, towhees, & etc.), and the cherry blossoms have begun to show. Afterwards, we stopped at Western Supermarket in Mountain Brook and discovered that they're in the midst of going out of business. Indeed, the whole chain is going down, after seventy years. I grew up with Western (when I was a kid, it was one of three grocery stores in Leeds). Anyway, I don't really give a shit about the one in Mountain Brook, but the Western at Southside on Highland, near Five Points ("Disco Western"), that one will be gone, too, and that one...well, it's hard to imagine the landscape without it. My history with that place goes back at least to 1979, and...well...I'll write more about this later. But Spooky and I headed over there when I was done working, because I had this fear I might not get to see it again.

4. Please have a look at the current eBay auctions. Thank you.

5. Locus magazine has released their recommended reading list for 2018, and I made it three times, in three categories: The Dinosaur Collector (collection); Black Helicopters (novella); and "M is for Mars" (novelette).

6. And here's the ToC for The Very Best of Caitlín R. Kiernan. I'm not sure why I haven't posted it before:

As I said on Facebook, my one great regret about this book is that I doesn't include "Onion." Hopefully, I can remedy in a second edition, if such a thing comes to pass.

I think that's all for now. It's enough. 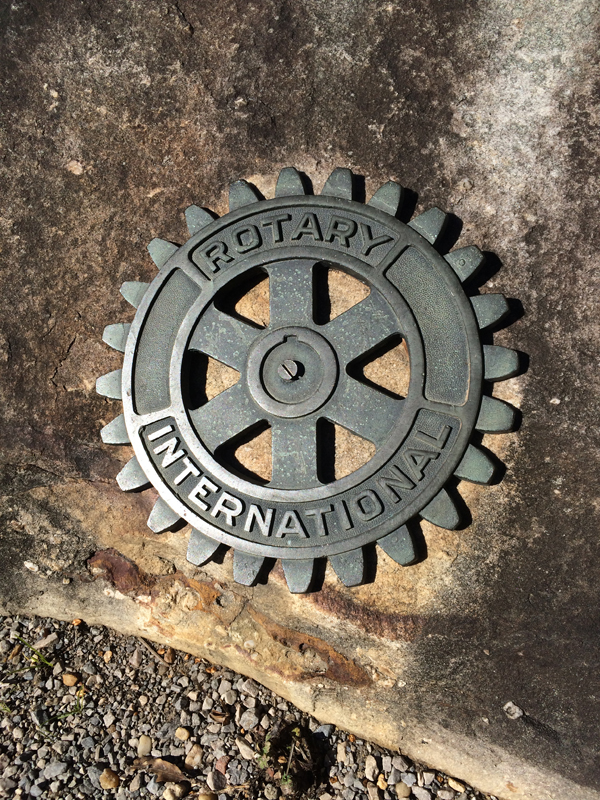 * I don't know where this rumor got started, but it isn't true.
Collapse