A mostly sunny day here, and we made it into the low sixties Fahrenheit. However, we now have a winter storm warning and we're looking at as much as 3" of snow before 9 a.m. tomorrow, after the temperature drops below freezing tonight. Currently, it's 56˚F.

And I began reading John Kennedy Toole's The Confederacy of Dunces for the first time since 1996.

After the writing, we went to the post office, where a modest check from Writer's House awaited me (mostly royalties on Threshold), as well as (finally) an ARC of The Best of Caitlín R. Kiernan. Then we visited Irondale Pickers, a marvelous place. On the way home, we stopped at Winn-Dixie, where everyone was buying bread and milk and beer. Spooky made spaghetti.

Lydia wants to be a gargoyle when she grows up. 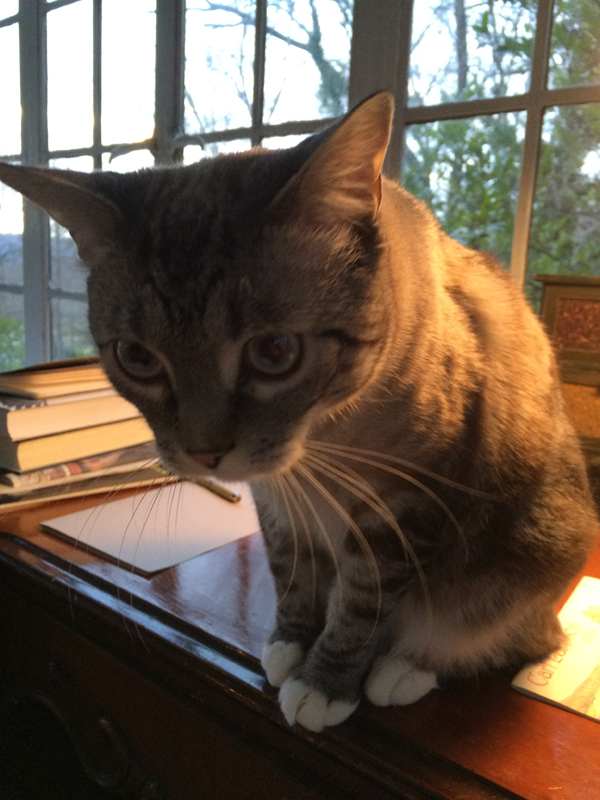