Coldish and cloudy some today, sunny some today, especially now, as the sun drops below the horizon. Currently, it's 53˚F.

I don't think I can actual make any sort of succinct statement about all the stuff going through my head, regarding yesterday's visit to the old apartment on 16th Avenue South (No. 5 1619 16th Ave. So., ca. 1923). There's just too much of it. It's a storm of memory and regret and nostalgia and...well, it's a storm. Kathryn and I actually visited the building back in 2014, on August 28th, during a trip down from Providence to see my mom. But this time I climbed the hill and went all the way around to the back of the building, a place I'd not stood since I left that place for Athens, Georgia on April 24th, 1994. And it was overwhelming. All the terrible things that happened in that apartment. Terrible things. Violent things. Things a lot of people do not survive. No, it wasn't all terrible, but there was so much terrible that it colors the whole time, from January 1990 until that aforementioned day in April, that terrible seems the predominant sentiment. There was good, too. Some very private good I'll keep to myself. Many friends, some of whom I've not seen since all that long ago. It was the place where, in a very real sense, Caitlín R. Kiernan was born. I lived there when I had my name legally changed in April 1990 and when I came out that same month. I lived there when I did drag. I lived there while I wrote The Five of Cups. I wrote my first few short stories there and was living there when I made my first pro sale in the summer of 1993. The last eight months, leading up to the move to Athens, I lived there alone, the only time in my life I have ever lived alone.

I expect a hundred people have lived there since I left.

Standing there yesterday with Kathryn, a cold breeze rushing over the side of Red Mountain, I was, I think, more than anything else, amazed that I survived those years to see everything that happened afterwards.

I could go on about this for fifty-thousand words. Maybe someday I will.

I tried to begin a story today, after a trip to Whole Foods with Kathryn 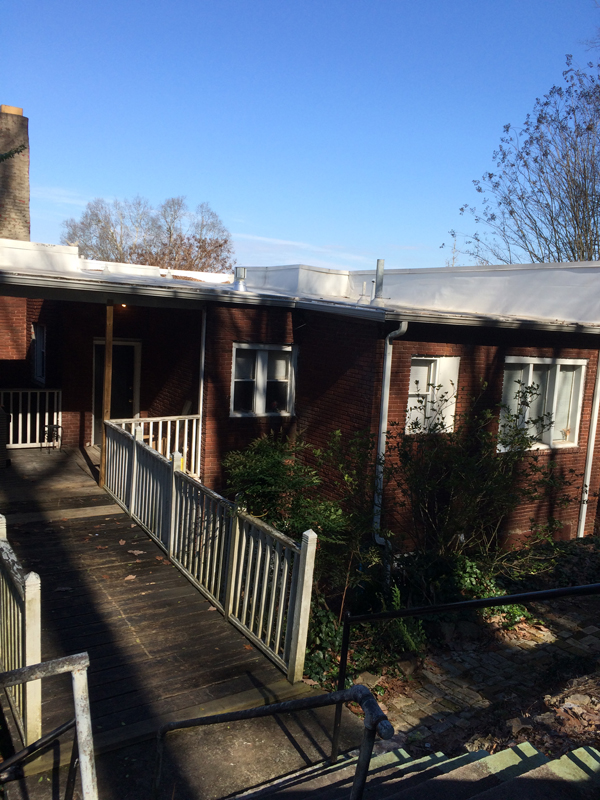