It has occurred to me that Philip Pullman is the Ayn Rand of young-adult fantasy.

Just so we're clear, coming from me, that is the exact opposite of the compliment. Though, if you want to behold the most unintentionally funny movie of all time, watch King Vidor's 1949 adaptation of The Fountainhead. Patricia Neal's performance is pure comedy gold.*

The sun finally came back this morning. Sun was promised us two days ago, but it refused to honor the assurances of meteorologists. Today is cold, but bright. Currently, it's 45˚F, with the windchill at 41˚F.

Yesterday, Spooky and I once again found ourselves rendered electricity refugees by Alabama Power. Some sort of local line work they were supposed to do in December, but didn't do until yesterday. The power went off a little after 10 a.m., and so we headed to my mom's. I watched a couple hours' worth of the confirmation hearings for William Barr. It was a strangely comforting experience. A commentator on CNN summed up my thoughts, when he said something to the effect of, "The way things have been going, it could be a lot worse." Do I agree with everything Barr believes? No, but he's an intelligent, articulate, experienced man with proven respect for the rule of law. Oh, and me and Spooky played WoW. And I stared at the gloom hanging above Leeds. Spooky and I got home about 7 p.m., I think. It's all sort of a smudge.

Today, you get a photo of yesterday. I'll give you today's sunshine tomorrow. 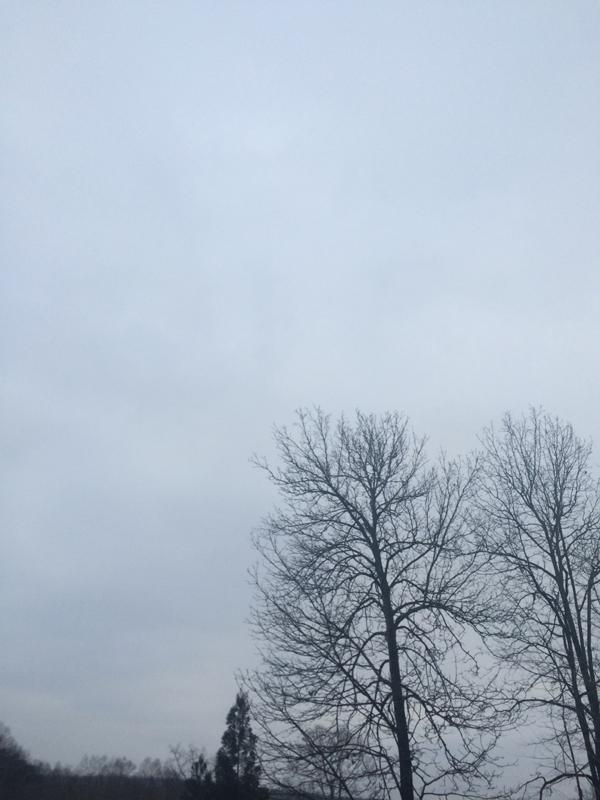 * For the record, I actually adore Patricia Neal. Also, you can see more of my thoughts on King Vidor's The Fountainhead here.
Collapse