A night of bad dreams, but I woke to a bright morning, and that helps wash away the dreamsickness. Currently, it's 61˚F. The plan had been to head back out into the field today, but the wetness of the gullies means something else will happen instead.

At least the drive yesterday was pretty. I have so missed that Black Belt landscape of cotton fields and floodplains, cypress swamps and decaying barns, live oaks and muddy brown rivers. Modest monuments marking Civil War battlefields. Fields of cows and horses and goats. Deer grazing along the roads. There's a lot of 21st Century consumer squalor when you pass through towns like Columbus, but there's still a little of the old world visible in places like West Point. The sky was bright and clear, and when we were out on the gullies, the only sounds were to rare passing car and a flock of crows chasing a hawk. I don't think I've heard such profound quiet in ages. The Demopolis outcrops were right where I expected them to be, grey and yellow-grey chalk with plentiful oyster shells from a warm Cretaceous seaway. I didn't really collect anything, but I noted the following pelecypod species:

Also, there were shells of the polycheate worm Hamulus. Likely, had the ground not been so muddy, I'd have noticed a few more taxa. I was surprised not to see a single example of Agerostrea falcata. Spooky found some very old fragments of china and glass.

It was after dark before we made it back home.

I am 54 years old, and most of my life has been spent working my ass off. Which is fine; I believe in hard work. But at 54, I have lived most of my life at or just below or just above the poverty line. I'm in poor health, but had no insurance until a year ago and likely will lose it soon. I have no savings, never have, and retirement is not even a possibility. All my life I've rented and will never own a house. I have always lived from check to check. I have a crushing student loan debt, over $60k (though I only borrowed about $15k, back in the 80s). Mostly, it all comes down to my lifelong struggles with mental illness, and trying to make a living as (first) a paleontologist and (then) a writer. I've been far, far more successful with the latter, but most of that success has been critical, not financial. At 54, the realistic view is that things will not get better. This is the way things are and will be. I'm not whining or feeling sorry for myself or fishing for sympathy. It's just, some days it's all sort of overwhelming.

I've had an enormous amount of coffee, but I'm still not awake. 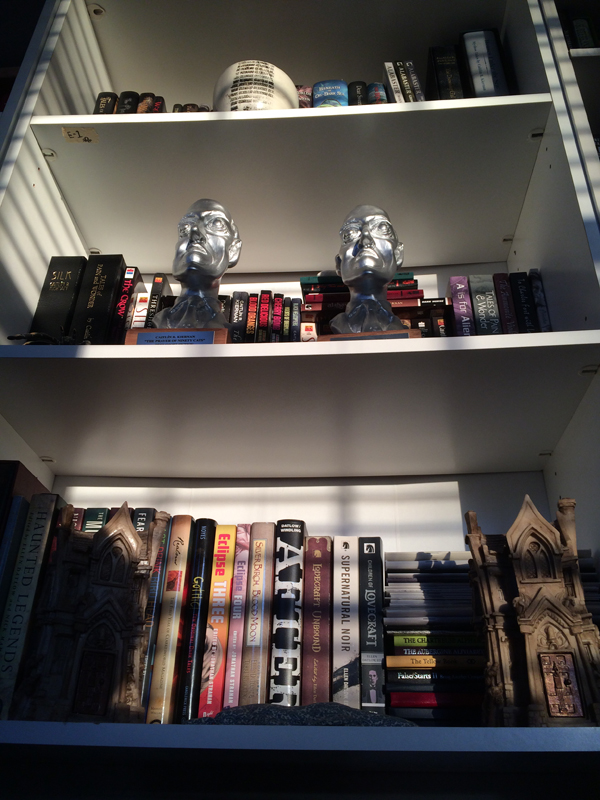