When we got up this morning, just before 8:30 a.m., it was only 27˚F outside. There was frost everywhere. The temperature has since risen to 41˚F, thanks to the warm Alabama sun.

So, here we have a morning entry – my first since way back in August. I'm hoping to get my daily routine back. It's been sorely disrupted by events of the autumn, and my writing habits have gone to shit.

There was an appointment with a neurologist yesterday, and partway through she asked the dreaded question: "What do you do for a living?" And I said, "I'm a writer." And that always, almost always, earns me a look like I've just said that I'm a professional hobo or some other manner of layabout. I have to resist adding something idiotic like, "No, really. I have a Wikipedia article and everything."

Last night, the UPS person delivered a box containing copies of The Chartreuse Alphabet, which I'd not yet seen. It's a handsome little yellow-green hardback chapbook.

“I had nothing else to do. Writing gave me something to do every day.” ~ William S. Burroughs 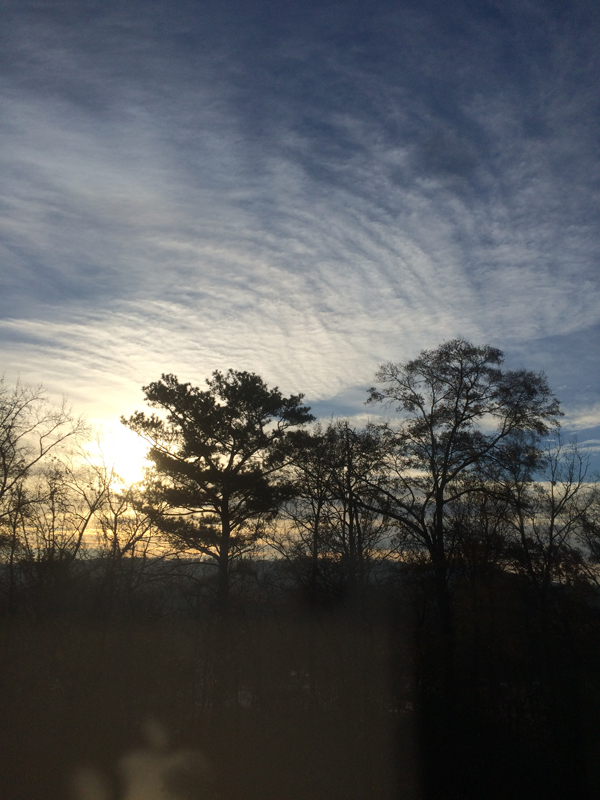