Another cool day. By evening, it was actually chilly. Our high today was only, briefly, 70˚F.

We made a 1:15 p.m. matinée of Damien Chazelle's First Man, which may have failed to unseat The Right Stuff as my favorite ever "space race" film, but which is extremely wonderful, all the same. I'm fairly certain it's my favorite film of 2018, thus far. Pretty much all the political crap being flung at the film, from the Right and from the Left, is just that, crap. Ignore it. See this film.

Also, tonight, we finished Ryan Murphy's Pose, which is probably the best thing I've ever seen from him. And there was spaghetti and Halloween stuff in GW2.

That was today. I've done worse. 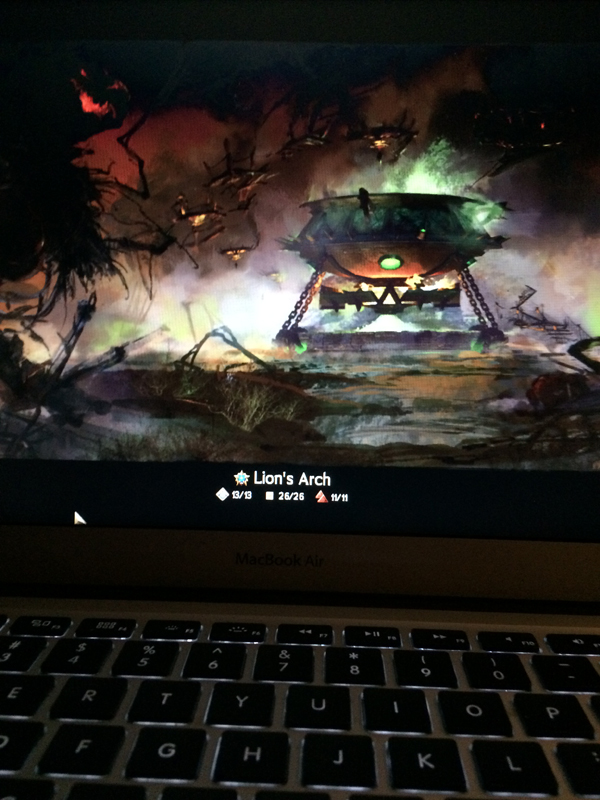