No rain yet from Gordon, but the storm has only just reached the Florida panhandle and Mobile Bay. I expect we'll be feeling it by tomorrow morning, if not sooner. Currently, it's 89˚F, with the heat index at 92˚F.

Today was a very good writing day. I did 1,715 words and finished Chapter Six of The Tindalos Asset. Tomorrow, I'll go back over the section, as there are undoubtedly rough spots (I also have a dreaded trip to our new bank tomorrow). And then I hope to begin Chapter Seven on Wednesday, but Seven is going to be a tough one. I think we've sunk 50% of the SFX budget into Chapter Seven.

This morning, I finished Larry McMurtry's Buffalo Girls, which I can now say is my second favorite McMurtry novel, behind Lonesome Dove. Last night, we began Ken Burns' Baseball (1994), and then we watched Stuart Rosenberg's Cool Hand Luke (1967), one of my very favorite films, which I'd not seen since 2007.

I've RPing in Second Life, as of last week, and we'll see how that goes. 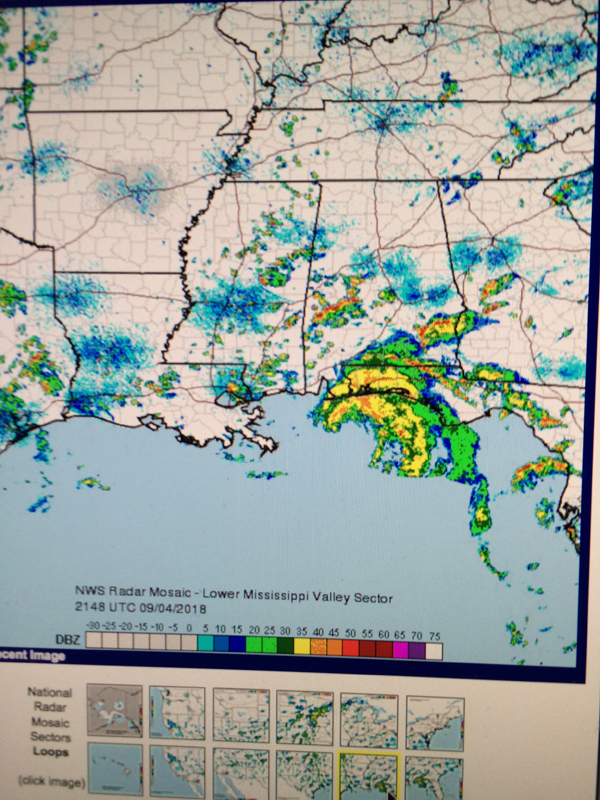