Once upon a time, if you'd told me I'd be heartbroken by the death of John McCain, I'd have told you your a liar. Back when I was younger and more reactionary and altogether less reasonable in my political leanings, and back when I was furious with him overt the whole Sarah Palin fiasco, and when I really, really, really wanted to see Barack Obama elected. In the intervening decade, I've come to understand how mistaken I was on the subject of John McCain (and, it's true, I lean a little right of center these days). I missed seeing the funeral this morning, but Spooky and I went out to Leeds to my mom's, to take some boxes to her garage, and I sat with her and watched as McCain's casket was loaded onto a plane in Arizona to be flown back to the United States Naval Academy Cemetery at Annapolis, and I saw bits of Joe Biden's wonderful eulogy, and I came close to tears. As America faces its darkest hours since the Civil War, I pray there are more John McCains to help steer the Republican Party pack to sanity.

"You know, I'm sure if my former colleagues who work with John, I'm sure there's people who said to you, not only now, but the last 10 years, 'Explain this guy to me,' right? 'Explain this guy to me.' Because, as they looked at him, in one sense they admired him. In one sense, the way things changed so much in America, they look at him as if John came from another age, lived by a different code, an ancient, antiquated code where honor, courage, integrity, duty, were alive. That was obvious, how John lived his life. The truth is, John's code was ageless, is ageless. When you talked earlier, Grant, you talked about values. It wasn't about politics with John. He could disagree on substance, but the underlying values that animated everything John did, everything he was, come to a different conclusion. He'd part company with you if you lacked the basic values of decency, respect, knowing this project is bigger than yourself." ~ Joe Biden

By the way, as I have said elsewhere, my two dream tickets for the 2020 presidential race are Joe Biden and Cory Booker or Joe Biden and Joe Kennedy.

And only today did I learn about the death of Neil Simon.

Yesterday, Spooky had to get her driver's license switched over to Alabama and get an Alabama tag. First we went out to the DMV office out on Arkadelphia Road, just north of Bessemer, for her to get the license taken care of, and that was weird, but also kind of wonderful, because it's the very same place I got my learner's permit and passed the driver's test back in 1980, forty long years ago, and it really hasn't changed very much. Sure, there are a bunch of computers now, but that's about it. Afterwards, we had to go to the Jefferson County Courthouse so she could get the tag, and, again, I was pleased by how little change had occurred. Together, the two places gave me a much needed boost. Yeah, trips to the courthouse and the DMV as mood elevators. I didn't see that coming. Oh, and I showed her the beautiful "Old South"/"New South" murals, painted in 1931 by Chicago-based artist John W. Norton (1876-1934). And I was relived to see that various attempts to destroy or remove them have all failed.

So, in an odd way, yesterday was a good day.

Spooky says I should link to our eBay auctions, so here you go. Please have a look. 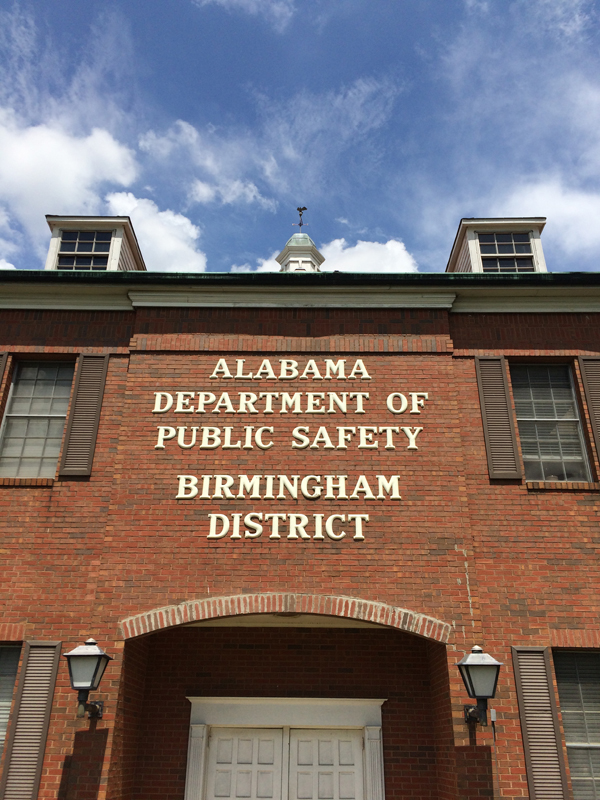