It was a little sunny a short while ago, but it's overcast now, as it was when I woke about 9 a.m. Currently, it's only 79˚F, with the heat index at 82˚F. There was rain in the night, I think.

Yesterday, I proofread the galleys for The Chartreuse Alphabet, which will the chapbook accompanying the limited edition of The Dinosaur Tourist.

At 5 p.m., we met Julie and Kurt (her husband) for dinner at Surin West, at Five Points. Surin used to be one of my favorite restaurants in Birmingham, and there are not many of those left. Almost none, in fact. And they've remodeled in such a way that I do not find it nearly so welcoming as when I last ate there in 2002. But the food is still very good, for Alabama Thai. After dinner, as twilight was turning to night, the four of us stopped in at Charlemagne Records, just two doors down from Surin and likely my favorite record store anywhere. It's been in the same place, up that steep, narrow flight of stairs since 1977, and I first visited it in 1978, when I was mere kiddo of fourteen. Anyway, it was a good three hours. And it was the first time I've eaten out since last August.

Later, back home, Spooky and I watched Victor Saville's Green Dolphin Street (1947), an old favorite of mine I'd not seen in a long, long time. And they we watched half of the third episode of Ken Burns' Roosevelt documentary. 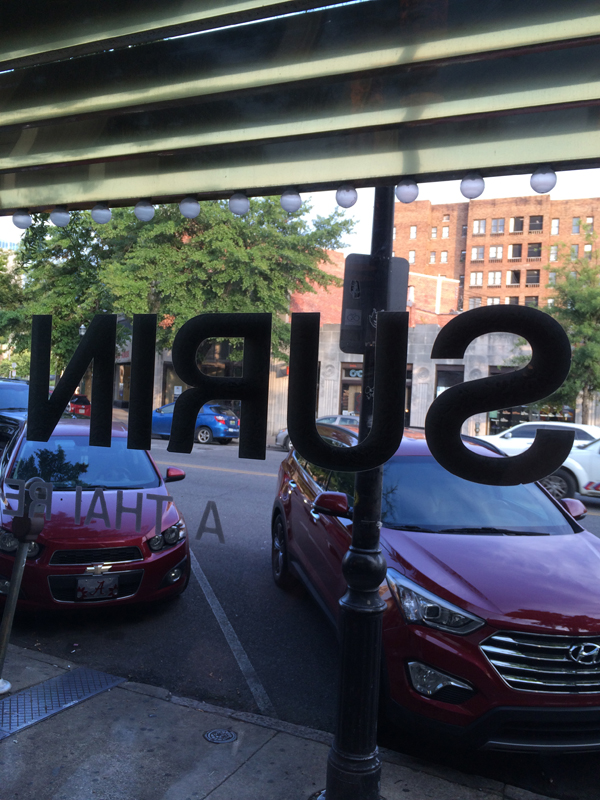