Yesterday was not an easy day, by any measure. After all the not sleeping, I somehow managed to pull together the last bit of work on the galleys of The Very Best of Caitlín R. Kiernan and get Sirenia Digest 151 together and out to subscribers. And we got the corrected VBoCRK manuscript to the post office and off to Tachyon in San Francisco. But then the terrible smear set in again, the smothering sort of despair that's been at me. Spooky drove me around Birmingham for a bit, past some old haunts, including the old apartment on 16th Avenue South (1990-1994), but it only seemed to make things worse. At the root of it seems to be both the strange and unsightly ways that the city has changed and the way I have come home to a city where everyone I cared about has moved away or died.

And then we had dinner, and then Spooky broke a molar. After giving me all the olives.

We watched Don Siegel's The Shootist (1976), John Wayne's last film, with Jimmy Stewart, Lauren Bacall, Ron Howard, John Carradine, Scatman Crothers, and Harry Morgan. And then we went to bed, and once again I was unable to sleep. So I doubled my Gabapentin dose, which did the trick. I slept at least six hours. But the dose has likely left me useless today. Woozy as hell.

I had Spooky take me to get a hot breakfast from Da Oink as soon as I was up and dressed, hangover food, and I also got today's photo, since I forgot to take one yesterday. 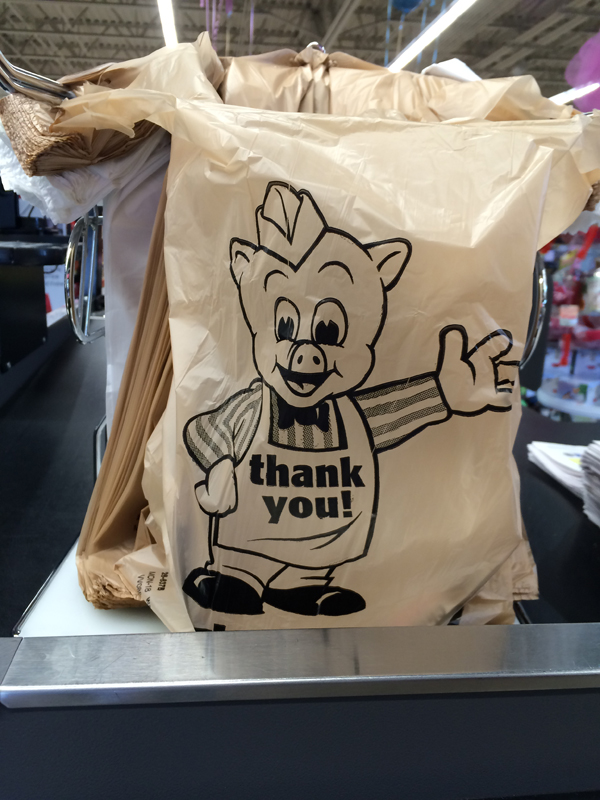