Today is the twenty-third anniversary of Elizabeth's suicide. She would have be, I think, forty-seven, which is a strange, sad thought, indeed.

The sun's back. It reappeared late yesterday. The weather is still a little cooler than is usual for August here. Currently, it's 83˚F, with the heat index at 87˚F.

Yesterday, we proofread the galleys of The Very Best of Caitlín R. Kiernan ("Fish Wife (1970," "A Child's Guide to the Hollow Hills," and "The Steam Dancer (1896)." I begin to think there's no way I'll make it through this thing before August 15th, so...I'll do as much as I can. We also started hanging pictures. There was also a trip to the Harris Building. I had some RP last night.

Recently, someone on Facebook told me that my posts here seem "out of touch." Truthfully, I took it as a compliment. 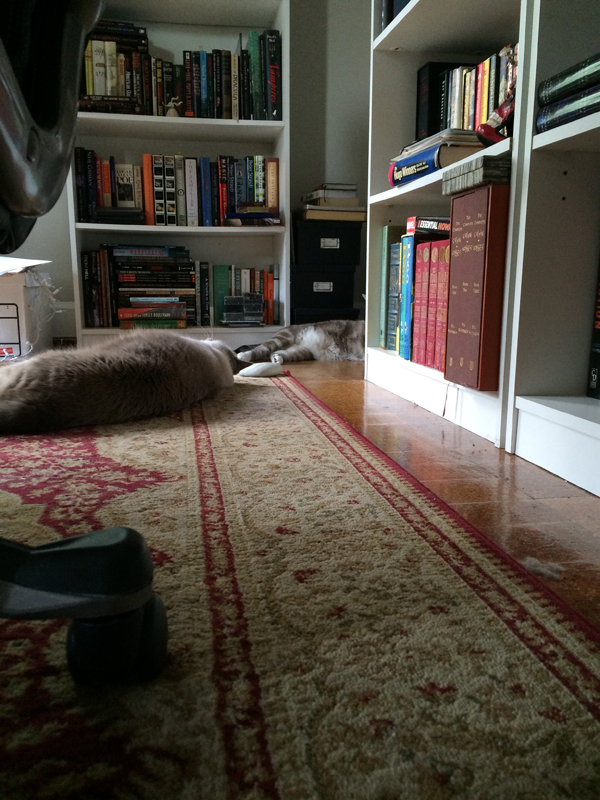