Much cooler this morning, with clouds. Currently, it's only 79˚F, with the heat index at 81˚F.

Today, I need to begin a noir story (if noir can properly be said to constitute a genre; I think of it as I do horror, as...well, more like a mood) that has been promised to an editor. I think it's going to be science fiction, maybe one of my post-cyberpunk tales. I have so much work that needs doing NOW that it's going to be very hard to settle down and focus on writing, but that is what I do, after all. Right? Also, I have to get to work proofreading the ms. for the Tachyon book, The Very Best of Caitlín R. Kiernan, which is due out in November, and I have to proofread The Chartreuse Alphabet for Subterranean Press.

Yesterday, there was a quick trip out to Leeds, to the Bass Pro Shop. I'd hoped to find a new pair of shoes, which I badly need. The last time I bought shoes was, I think, early 2014. But, alas, all I came away with was a short and a pair of shorts. Last night, after dinner, I began the task pf unpacking my fossil collection, which mostly consists of vertebrates from the Mooreville Chalk of Alabama. The collection has been packed up and in storage since August 2001, before the first (disastrous) Atlanta move, which is just shy of unbelievable.

We had a very good walk late yesterday afternoon, through Jemison Park.

From Facebook this morning: For the record, pushy atheists are just as likely to piss me off as pushy Christians. "God bothering" is no worse than no-god bothering. It's all the same thing. Lots of folks make atheism their religion and are as evangelical as the loudest Pentecostal or Southern Baptist. I have been guilty of it myself in the past, and I deeply regret that. 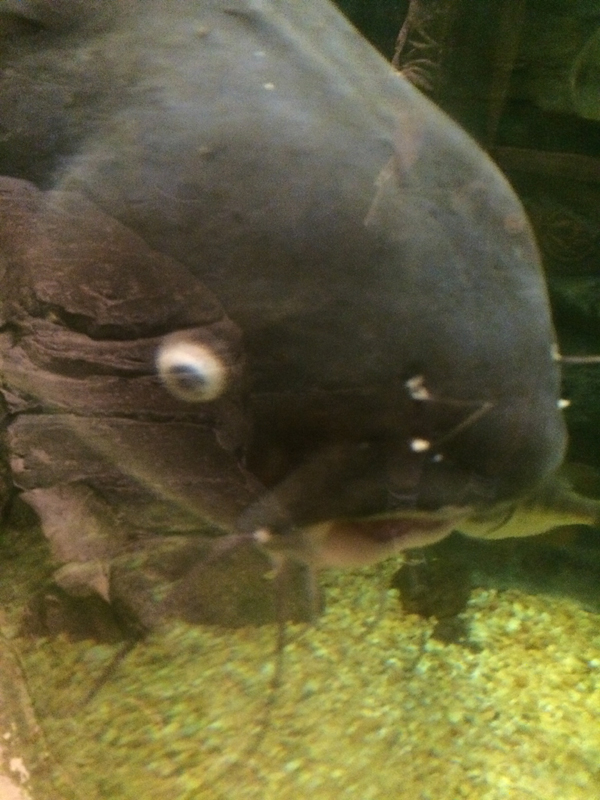