At best, I slept four hours last night, after sleeping a full eight the night before.

It grows dull, writing about unpacking and setting up housekeeping in the new place. But there's a lot of it left to be done. Yesterday, we took more boxes to my mom's, and I shelved books, and I unpacked boxes. Just like the day before. Oh, and there was another trip to Target, for a broom and dustpan, coat hangers, and postibles (what I though Spooky was saying when she told me needed "pasta bowls"). Today, I have to attend to some email that's piled up, but otherwise, more unpacking and book shelving. More trying to make this look more like a place we live.

Spooky made spaghetti for dinner last night, and then we watched the last episode of Season two of GLOW again, because a) I wanted to see it a second time, because it's that good, and b) because Spooky dozed off the first time and missed the end. And then we watched the two most recent episodes of Face/Off. Season Thirteen is, so far, much better than Season Twelve.

Yesterday, every time we went out, I took pictures of clouds. Here, I'm not so afraid of the sky. The clouds and the trees and the mountains keep it at bay, keep it hung. 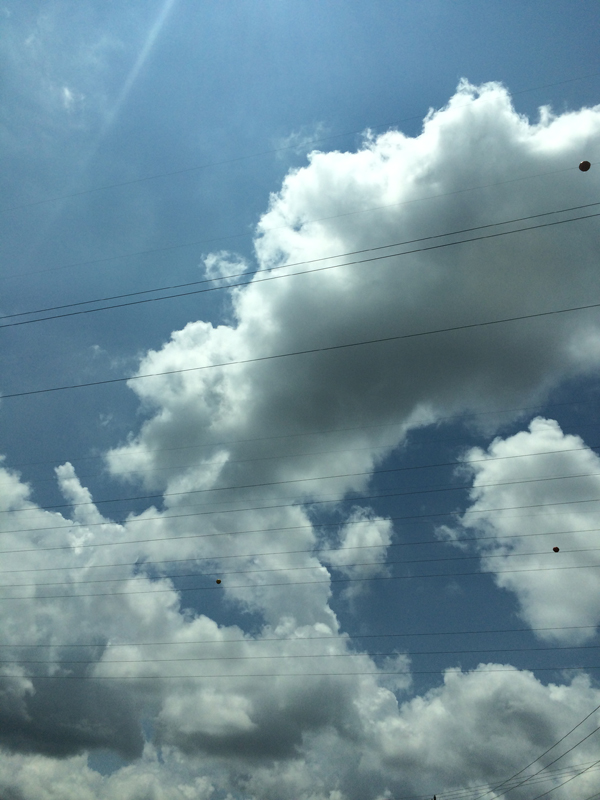 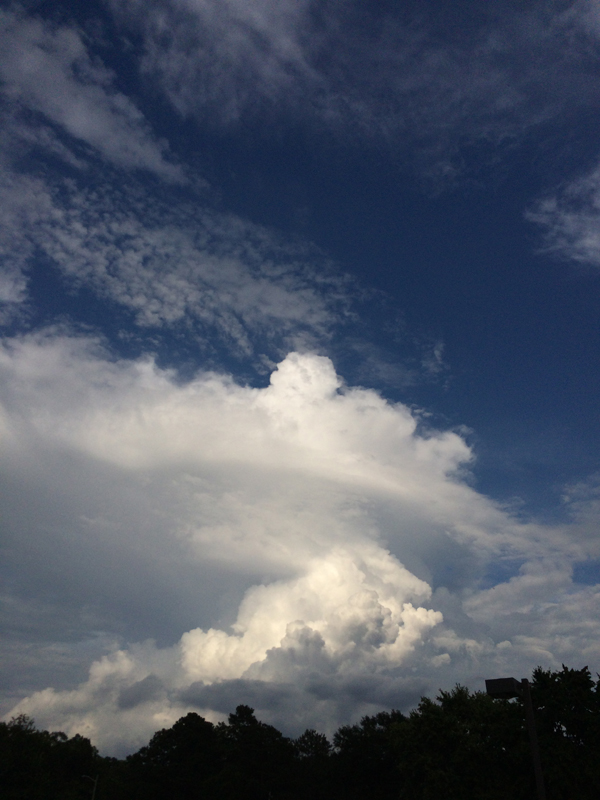