Sunny this morning, with clouds. There will likely be thunderstorms later today, just like yesterday. I love the rhythm of summer in north-central Alabama – hot and humid days and, often, evenings cooled by thunderstorms. Currently, it's 82˚F, the humidity at 74%, and the heat index at 87%.

Harlan's death keeps rising up and smacking me in the face. Someday it will feel real, but not yet. A world without Harlan Ellison is almost unimaginable to me.

Like the wind crying endlessly through the universe, Time carries away the names and the deeds of conquerors and commoners alike. And all that we are, all that remains, is in the memories of those who cared we came this way for a brief moment.
~ H.E., "Paladin of the Lost Hour" (1985)

Yesterday was one of the most physically exhausting days I've had in a very long time. First, we woke up at Mom's, unloaded boxes of stock books, then drove back to Birmingham for another load (stopping in Irondale to get breakfast from Jack's). After that second trip to Leeds, I shelved books in my office, and I managed to pretty much finish with the two paleo' shelves, all those hundreds of volumes. So, I've now shelved about 4 out of 10 bookcases, after two weeks here.

After the bookcases, Spooky and I decided to put the bed together. It's an awkward wrought-iron canopy affair, and it's been disassembled since we took it apart last July and decided to sleep on mattresses on the floor a while. It really needs three people to put together, but we did it anyway. Stepping up onto a chair to hold part of the canopy in place, I hurt my already ailing left knee, but we finally got it together, after about an hour of work. We rewarded ourselves with a trip to Target at Brookwood Village for new sheets and pillows and pillow cases (our old ones were, well, gross) and with Chinese takeout – beef fried rice and steamed dumpling with sinister mystery meat inside. Later, we watched the rest of Season Two of GLOW, which we'd begun at my mother's Friday night. I loved the first season, but Season Two is even better, and the last episode is very, very good. If you've not given this Netflix series a try, do so.

And that was, more or less, yesterday. 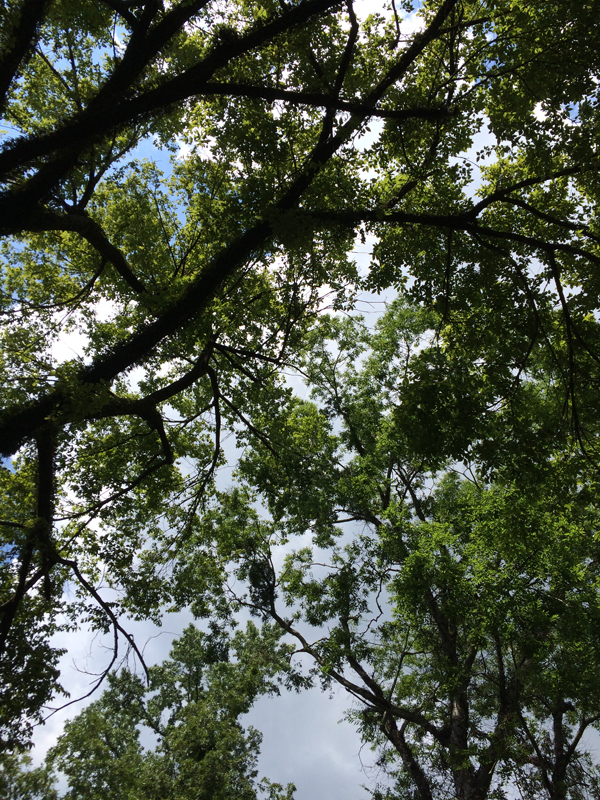