Currently, there are few clouds here, and the temperature is 88˚F, with a heat index of 98˚F. We have a heat alert for the third day running.

Yesterday, I wrote 1,224 words on "A Chance of Frogs on Wednesday." I should be able to finish the story today.

After the writing, I spent an hour or so trying to get books shelved in a somewhat orderly fashion. It's seems all but futile. Anyway, I finally gave up and we drove out to Leeds, to take some stuff to my mom's basement. She's kindly letting us store stuff with her. Thank goodness. On the way, heading down I-20, we watched marvelous lightning strikes over the mountains. We took Route 119 home, past Lake Purdy, and then up 280. I took today photo just as we were crossing over the lake.

Oh, I almost forgot. We got a new p.o. box yesterday. I'll post it tomorrow. 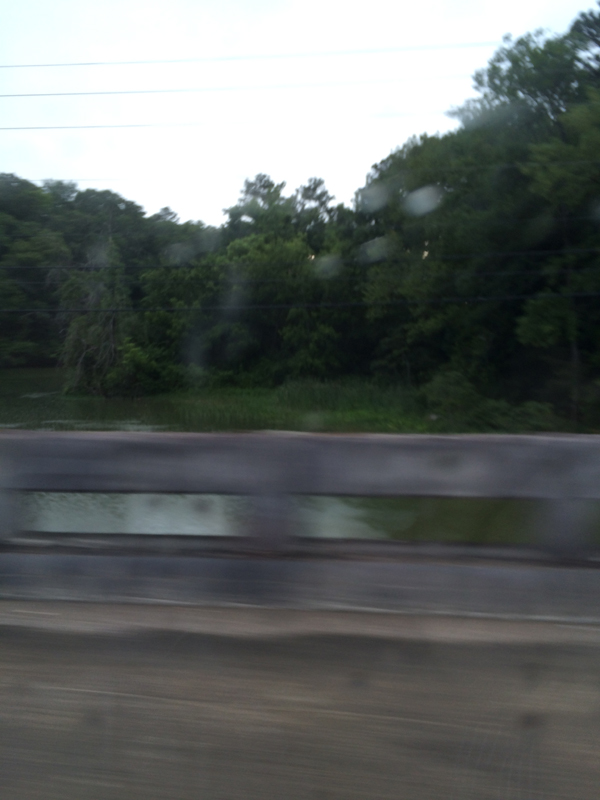