Spooky said I could use the photo of her elbow (below), but I had to call it "The Wages of Moving." So, there you have it. We are each a mass of bruises, scabs, scrapes, and sprains.

The sun is setting, after a cooler, rainy day. This morning, we saw two scarlet tanangers (Piranga olivacea), a bird I'd not seen in a long time. The air through my open office window smells of mimosa and freshly mown grass. I'm hardly wanting to run the AC.

Yesterday was a very, very grim day. And maybe that was to be expected. The asshole movers didn't help. Things were better today, though. We had to find a way to get my iMac running in my office, where all the outlets are two prong. Maintenance is going to replace one...eventually. In the meantime, I've secured a high-gauge extension cord, attached to a power strip, as an adapter. And we've been unpacking books and setting up shelves and getting Selwyn to eat. We might be ready for visitor sometime after Independence Day. 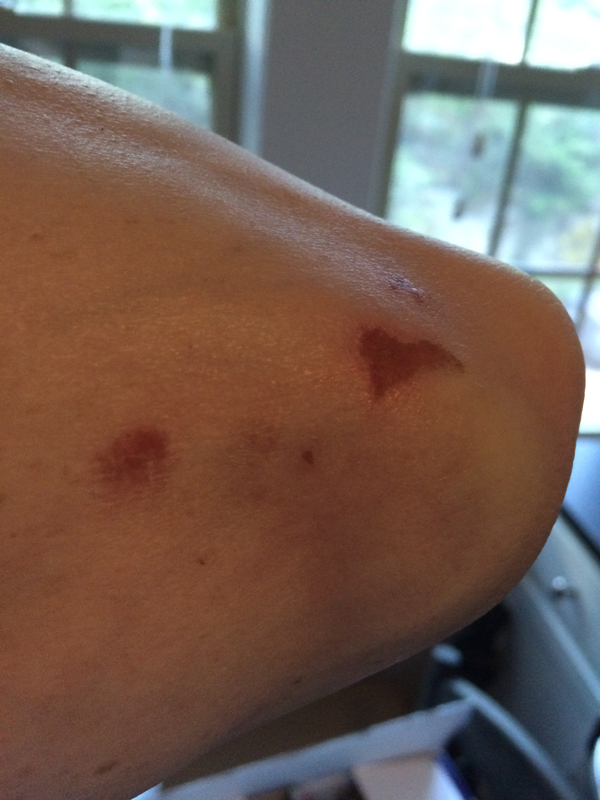