Yesterday was all packing, and now my office is essentially finished. Today, I need to try and start writing something for Sirenia Digest 149. I had planned to use the second half of ""The Eldritch Alphabētos" for that issue, but now I think I'm going to hold off on that until after the move, probably for 150 in July.

Last night, after more spaghetti, we watched the new episode of Archer and then reruns of Drag Race, because there wasn't a new episode this week. Oh, and the Deadliest Catch special that Mythbusters did way back in Season 12, because we hadn't seen it.

Today is the 20th anniversary of the "street date" (official release date) of Silk. I never imagined the book would still be in print two decades later.

Thanks to everyone who has told me they still read the blog. I honestly didn't think there were so many of you left. 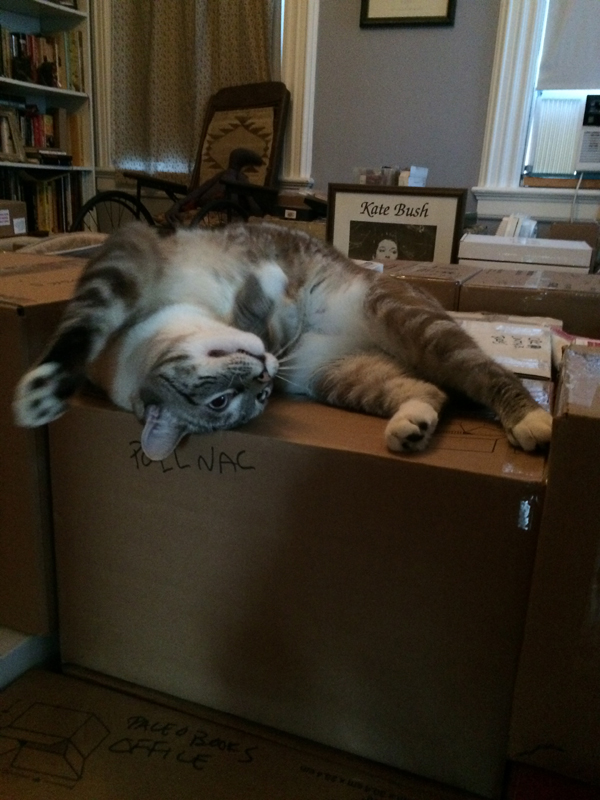