Yesterday might have been a lost days so far as writing was concerned, but it turned into a mostly decent day by afternoon. I went with Kathryn to run errands, which included the post office on Thayer Street, where my copies of Houses Under the Sea: Mythos Tales were waiting. What a beautiful goddamn book. I'm genuinely proud of it. Jared Walters makes amazing books, and that's an understatement if ever there were one. And, of course, much of the credit for this volume's beauty goes to the four artists who worked on it with us, Richard Kirk, Vince Locke, John Kenn Mortensen, and Piotr Jabłoński. The signature sheets alone are amazing, as they had to go from Colorado (where Centipede Press is based) to Providence, Detroit, Ontario (London), Poland (Białystok), Denmark (Copenhagen), Seattle, and Manhattan. This book had, by far, the longest gestation time of any of my short story collections, almost exactly five years, beginning in the spring of 2013, when Jerad approached me about compiling all my Lovecraftian stories into a single volume.

Today, I am going to try and finish the first half of "The Eldritch Alphabētos," K-M.

Last night, we got dinner from New York System in Olneyville, then watched the new Roseanne and also Elia Kazan's Sea of Grass (1947), with Katherine Hepburn and Spencer Tracy. 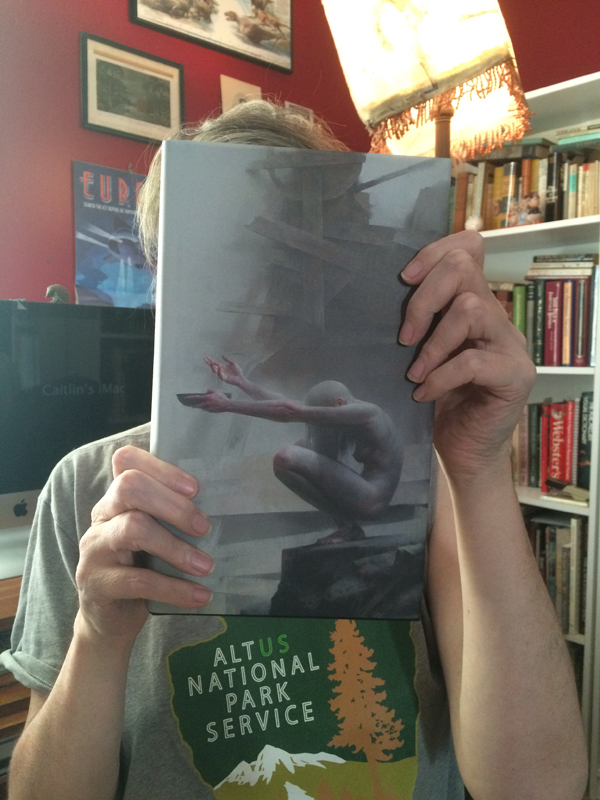