And the day is already lost. I've been awake since before 8 a.m.

Yesterday, I wrote 1,031 words on "The Eldritch Alphabētos," finishing "I is for Ib" and "J is for John Raymond Legrasse." And I packed.

Last night, we watched Vincente Minnelli's Father's Little Dividend (1951), the sequel to Father of the Bride (1950).

I haven't yet seen last week's episode of The Expanse, because the news that SyFy cancelled the series was just too goddamn depressing. But now Amazon has picked it up. So, fuck you SyFy. You killed Farscape and you killed Defiance, but you have not killed The Expanse.

As you can see, Lydia's helping with the packing. 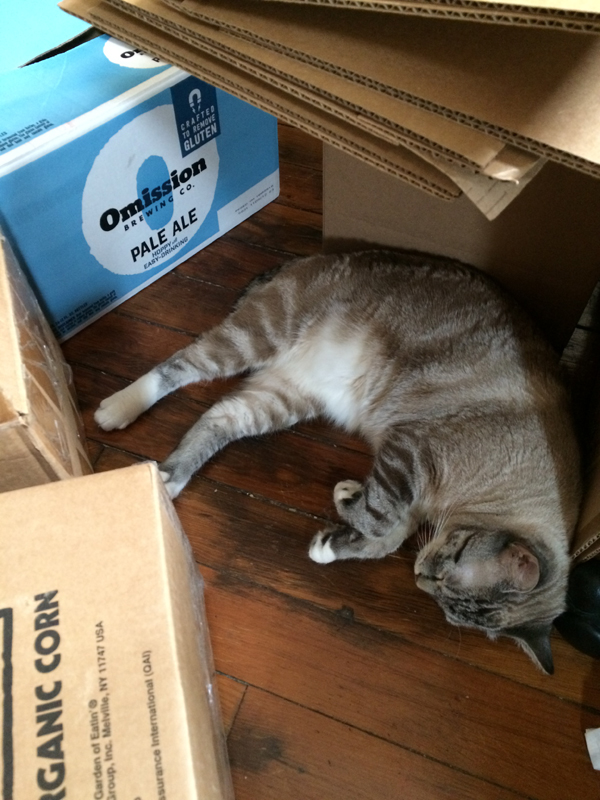