Pretty much overcast and 67˚F. At least it's much warmer today. Yesterday was genuinely miserable, cold and rainy and not the lest bit like May.

Yesterday, I worked on the "The Eldritch Alphabētos" and did 878 words for "H is for Hound." And I mostly finished packing the big case in the middle parlor. Late in the afternoon, we drove over to College Hill, to the corner of Arnold and Brook streets, so I could photograph the lizards above the front door of the Jane Kelly House (circa 1840, see photo below).

Last night, we watched Elia Kazan's A Face in the Crowd (1957), a darkly brilliant film that comes as close as anything did to predicting the rise of the Horror Clown.

If you find something sexist or racist or whatever-ist, just fucking come out and say so, instead of getting all mealy-mouthed and condescending with shit like "troubling" and "worrying" and, worst of all, "problematic." Please. 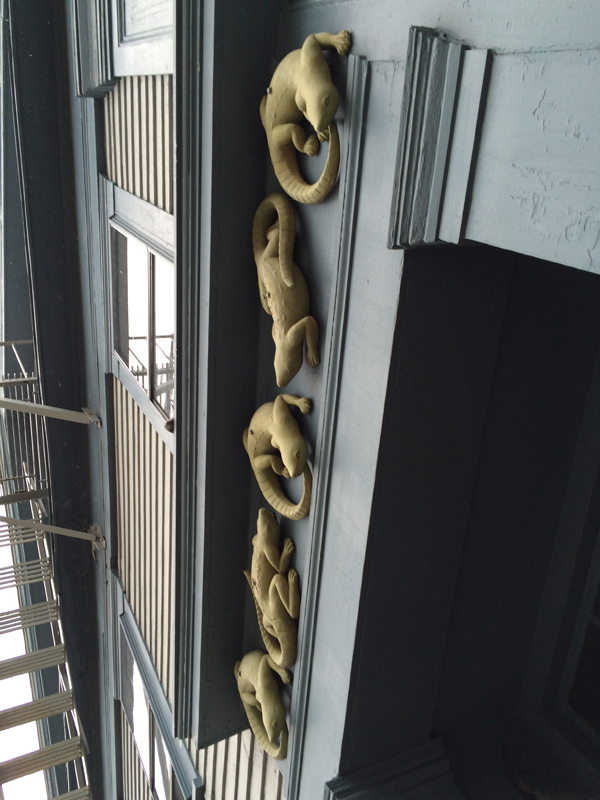