Overcast and only 57˚F. We had a little relief yesterday, when the sun came out unexpectedly and the temperature rose enough I could open a window.

Yesterday's meeting at the John Hay Library went well. I am going to miss that building. Sadly, so much else that is beautiful about Providence is being buried and obscured by a sudden rash of new buildings going up, mostly in what I have termed "the Ikea School of architecture," soulless, hideous cubes of glass and grey steel, sometimes accented with some garish shade orange or blue of what have you, a blight on the Colonial face of the city. Was nothing at all learned from the ugliness of the fifties and sixties, from the damage done by the Modern and International architectural movements? Obviously not. I suspect these building are very cheap to build. They are certainly quick to erect. They all look as if they'd be better placed in some colder, bleaker place, in Scandinavia or Iceland or the Netherlands. Thank goodness Lovecraft didn't see this future.

We're auctioning an ARC of The Dinosaur Tourist to help pay for the move. Please have a look.

This morning I dreamed of being shown a videotape of Death's Little Sister show from Atlanta, circa 1997, and I remembered the show, but it was a far better quality video that was ever actually taken of the band. I was amazed. And then the dream morphed into one of me watching DLS, only it was an entirely different lineup, having been reformed with none of the original members (or even my knowledge). Before those dreams, I dreamed of excavating fossils from a red-orange clay, the bones of a mosasaur and a shark and a whale, all jumbled together impossibly.

We were supposed to go to the National Museum of American Illustration in Newport today, but my feet and legs hurt so much from walking around College Hill yesterday that we're putting it off a week or so.

Last night, after RuPaul's Drag Race, Kathryn and I watched the very funny No Time For Sergeants (1958), directed by Mervyn LeRoy, from Mac Hyman's novel and Ira Levin's play and starring a very young Andy Griffith. If the film has any particular fault it's that it goes on about half an hour too long, and that whole thing about flying over Yucca Flats could have been dropped. 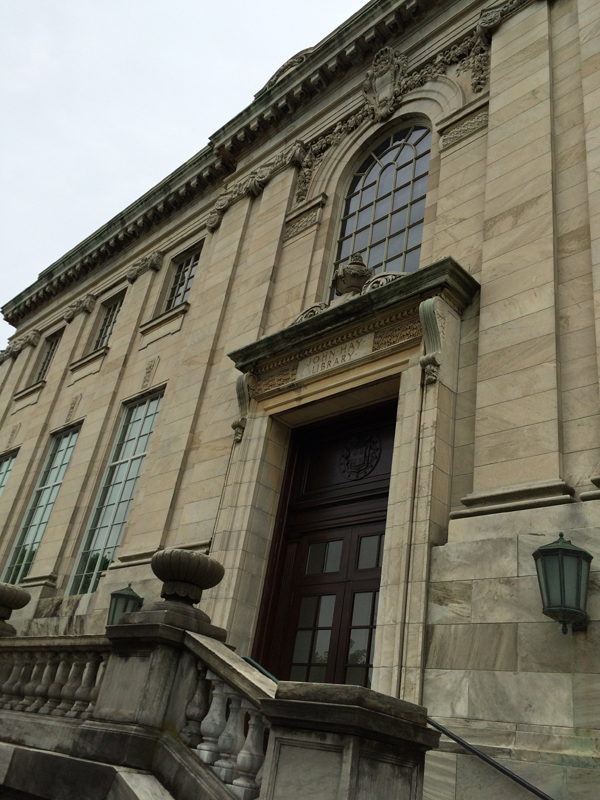