Overcast and chilly this morning. Again. Currently, it's only 54˚F. We've slipped back into March, with no real relief in sight. But at least it's green outside.

Yesterday was every sort of frustrating. I went back over sections of The Tindalos Asset with Spooky, and we talked plot, and I did some editing to what I wrote the day before. But not much new was written. And it seems like everyone but me has their copies of Houses Under the Sea: Mythos Tales. Mine are being shipped tomorrow, I think. But I did manage to finish the signature sheets for The Dinosaur Tourist yesterday.

Yesterday, I came across a thoughtful, but some what confounding review of Black Helicopters at Strange Horizons. I'm not going to respond to the bits I find wrongheaded. Ms. Ladd certainly has a right to her opinions, and I will say that it's a more cogent review than most that I see online. But there are a few points I feel I really do have to clarify. I'll quote portions of two successive paragraphs:

I liked the mashup here of the uncanny with what has traditionally been a macho sub-genre of military SF, since it undermines all that testosterone. Women with mental illnesses and kinks are the ones who save us (for some definition of “save,” anyway); women with PhDs and reluctant bureaucrats are the ones running the show. There are a number of women of color, most notably Ptolema, but also an African-American supersoldier who singlehandedly holds down Deer Island against the invasion.

But there is also an unfortunate fetishization of albinism and, at one point, a suicidal Japanese girl. Do I think Kiernan is smart enough to be making a thoughtful point? Yes. She is clearly making points about voyeurism and Orientalism and the exploitation of women.

Okay, so...it took me a while to figure out that Ladd thinks that Sixty-Six is African-American. She isn't. Near as I could discern, the reviewer came to this conclusion because I describe Sixty-Six as having dreadlocked ebony hair. But no, Sixty-Six is white. I've known a lot of white girls with dreads. At least, by process of elimination, I'm assuming Sixty-Six is who she means by "an African-American supersoldier." Also, the "suicidal Japanese girl" in chapters Six and Thirteen isn't Japanese. I never actually specify her race, though I pictured her as white. I'm guessing that Ladd got the impression that she's Japanese because the two chapters involve a sort of real-time telecast of a woman who's committing suicide by seppuku. It's true that the suicide is taking place in Manhattan's Chinatown, but nowhere do I specify the suicide is Asian. I would add that two of "the ones running the show" actually are male, namely the Signalman in Albany and the Commissioner in London (the latter being the person to whom Ptolema reports). I would also deny that I am fetishizing albinism, but whatever. And those two chapters concerning the suicide are making a point about the exploitation of human suffering in general, not women in particular.

I have linked to the full review, in case people reading this journal want to read it. 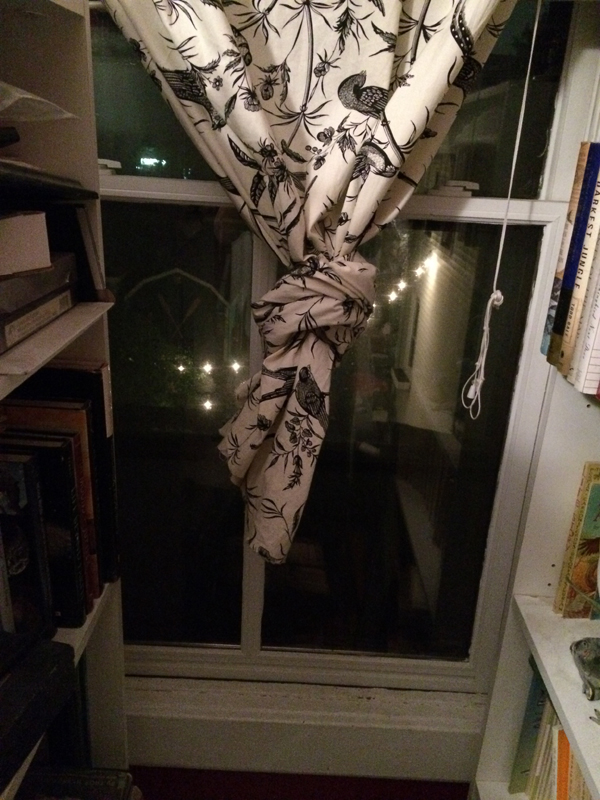