Sunny and 66˚F here in Providence. It's a beautiful day out there.

Right now I'm fuming over a bullshit moving estimate from Allied that has us looking to United, who moved us up here in 2008. Back then, our stuff weighed 7,740 lbs. We actually have less stuff than we did then, but Allied sent someone yesterday to look everything over and do the math, and he wants us to believe we have 10,000 lbs. There's just no way that's possible. So, we're hoping to have United get us a new estimate by early next week. I'm very happy we have all our paperwork from the last move.

yesterday, I wrote "D is for Dylath-Leen." I was going to write "D is for Dagon," but I was afraid it would just end up covering too much of the same ground as "C is for Cthulhu." And besides, Dylath-Leen is a favorite Dream Lands locale of mine, and I'd never written about it. Meanwhile, I'm waiting on signature sheets for The Dinosauur Tourist from Subterranean Press (the last signature sheets I'll sign in Providence) and my copies of Houses Under the Sea: Mythos Tales from Centipede Press, which will ship to me on Monday (the last book release of mine before the move).

I got the Smilodon skull packed, with Lydia's help.

Last night's episode of The Terror was a masterpiece of mood and...well, terror. Brilliant. 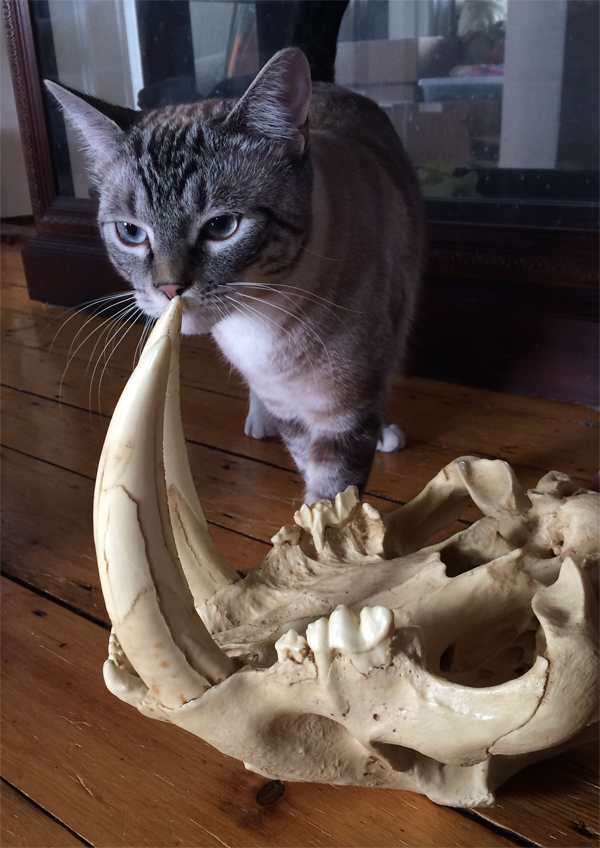