The weather has turned chilly and overcast and generally shitty. Currently, it's 62˚F, and it's hard to believe that we were at 90˚F on Thursday. At least things have turned green.

Spooky's about to take Sonya to catch her train back to Boston.

The reading went well last night, despite a very low turnout (which I blame as much on Providence's "Taco Fest" as anything else). We lucked out and found a decent parking space, only about a block away from the Arcade. Sonya opened with "The Trinitite Golem," a really fine tale, and then I read from Black Helicopters. We both answered a lot of questions. We were back here about ten, after swinging by Bucktown for some late supper. Sonya and I sat up talking until sometime after midnight.

Yesterday, I wrote "B is for Blasted Heath," which came to 729 words. 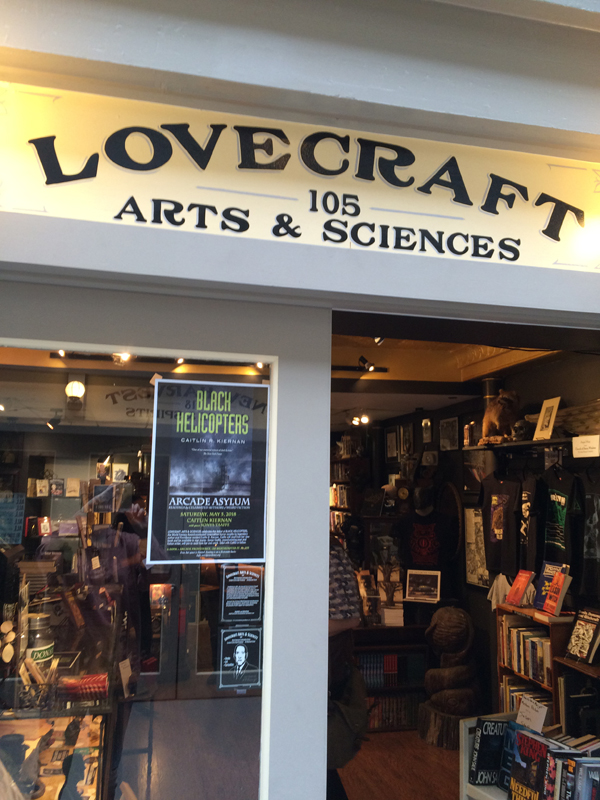