Overcast and much cooler today. Currently it's 54˚F. Last night we were able to leave the bedroom window over until after 10 p.m. It was marvelous.

All of yesterday was spent editing "Day After Tomorrow, the Flood." I'm fairly happy with it, but there was more to do than I'd expected, so I didn't get to putting the digest together. That will happen today. Subscribers should be getting No. 147 tonight or tomorrow. As for the next two issues, I've decided to finally get around to something I've been thinking about for months – "The Eldritch Alphabētos (A Lovecraftian Primer)." It'll appear in two parts, in 148 and 149. This is likely be the last thing I write in Providence, before the move in June. I also have to get the page proofs for The Dinosaur Tourist read and corrected. The ARCs arrived yesterday.

This July will mark the 25th anniversary (silver) of my first pro fiction sale, the science-fiction short story "Between the Flatirons and the Deep Green Sea," in July 1993.

A word about today's photo. It's a bit a graffiti you can find where West Franklin Street crosses Point Street, at the entrance ramp for I-95. It appeared several years ago, and it's blindly optimistic message has even survived the election of the Horror Clown. It's a kindly thought, even if it isn't true. Maybe it was meant as irony.

Last night I read "A record of Clidastes propython Cope (Squamata, Mosasauridae) in the Upper Cretaceous of the Saratov Region, Russia" (2015). 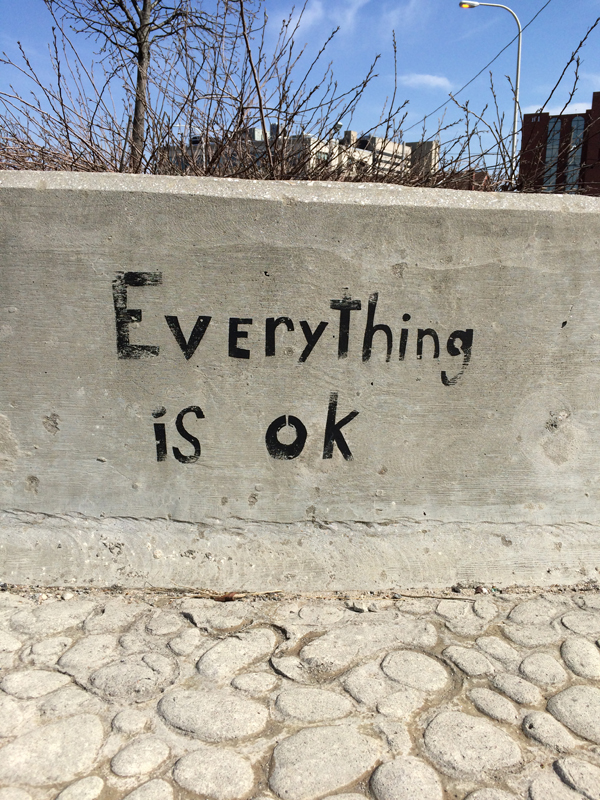