I'm better. I might be mostly recovered. Whatever hit me on Thursday seems to have burned itself out. And I am sick of lying in bed.

I get dizzy if I think too hard on how far behind I am on the writing. Between the depression and anxiety, the shitty weather, and getting sick, it's a wonder I've gotten the little done that I've managed.

Currently, it's 41˚F, with the windchill at 33˚F, and it's mostly cloudy. If the forecast can be believed, the temperatures the next few days will be slightly warmer, highs in the forties and fifties. This has been the longest, hardest winter of my life.

The last couple of days are a blur of sore throat and coughing and snot, lying in bed, binging on TV with Spooky. Mostly the surprisingly watchable Bering Sea Gold and the very excellent The Detectorists. For dinner last night, Spooky made me "medicine soup," which consists of several chicken leg quarters, a whole head of garlic, pearl onions, carrot, rosemary, thyme, sage, mushrooms, and green peppers; I add liberal amounts of hot sauce to my servings.

At the very least, I have to try and get caught up on my email this afternoon. And take a bath.

Today's photo comes courtesy Spooky. It does a pretty good job of communicating the bleakness of April in Providence. 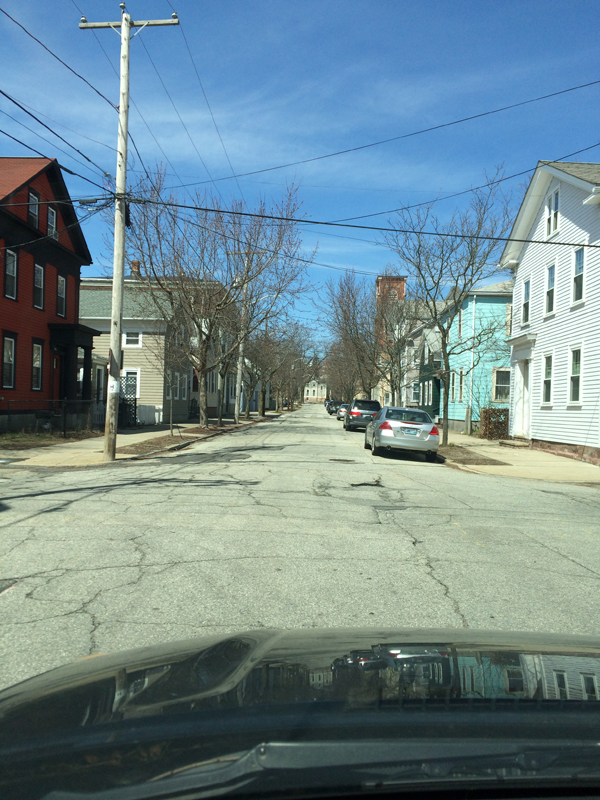