There was sun when I woke a little before 9 a.m., but now clouds are moving in. There's rain on the way. Currently, it's 44˚F, with the windchill at 36˚F.

Yesterday was a loss. We went to Providence Place Mall. We saw Steven Speilberg's Ready Player One. I walked around appalled at the frightful spectacle of humanity.

Maybe I can be working again by tomorrow. Sure as I do, though, we'll have more snow or a nor'easter or something. Thursday, Friday, and Saturday were productive, but nothing since then.

I have a photo of the city. Providence is bound and determined to be the ugliest city in New England. It's well on its way. There's still a little charm around College Hill, but it's vanishing fast. Yesterday on Facebook I wrote, "Right now, nothing would please me as much as taking a wrecking ball to Providence. Or a small nuclear weapon." I thought I might feel different today and take the post down, but I don't and so I won't. I wish I could have seen Providence a hundred years ago, when it was still itself, before the scourge of modernity.

Also from Facebook, from last night, just after dinner: As if the last three days were not shitty enough, our PayPal account was just hacked and shows two charges from Las Vegas (where I have never been), from a Home Depot and a Pet Smart. Fortunately, we only have about $700 sitting in PayPal. Spooky's calling them now. I fucking hate this world. PayPal immediately canceled the card and we didn't lose any money, but for fuck's sake. 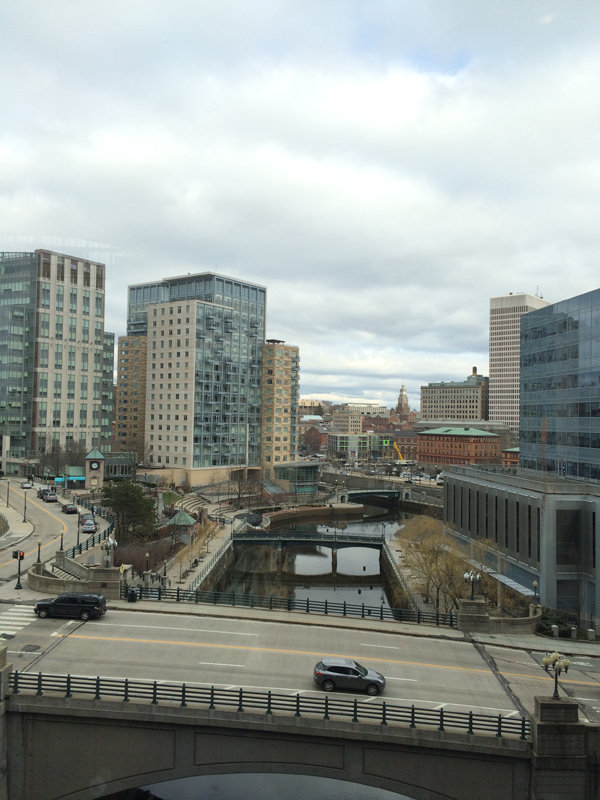