Overcast this morning, but kind of warm. Currently, it's 59˚F, no windchill, and I have the office window open.

I sorta got back to work yesterday. Not much, but a start. Mostly catching up on email. I hope to get a bit more than that done today. The inconvenient job I mentioned on the 22nd, well – someday I'll maybe tell that story. But I turned it down, because given who I am it was the smart thing to do. Still, that it went that way left me angry and annoyed at myself and even more depressed than I was before the opportunity arose. And that's one of the things I'm getting over right now. The job I did not take.

Yesterday was fairly decent, which was nice after Wednesday being a goodish day. Maybe today will follow suit, what with the warmth and all.

We're beginning to make packing plans. I've never lived in a place as long as ten years before (my previous record was a paltry four), but when you've lived in a place that long it's not an easy thing to extract yourself and all your junk. We are dug in, so to speak.

Lydia's on my desk, her nose pressed to the screen, smelling the outside world. This House has been sealed up against the winter for a good five or six months now.

Yesterday, I signed signature sheets for a limited edition of Steve Jones' Best New Horror 28. And I read "An enigmatic marine reptile—the actual first record of Omphalosaurus in the Muschelkalk of the Germanic basin" and "A well-preserved new mid-Paleocene penguin (Aves, Sphenisciformes) from the Waipara Greensand in New Zealand" from the most recent Journal of Vertebrate Paleontology. 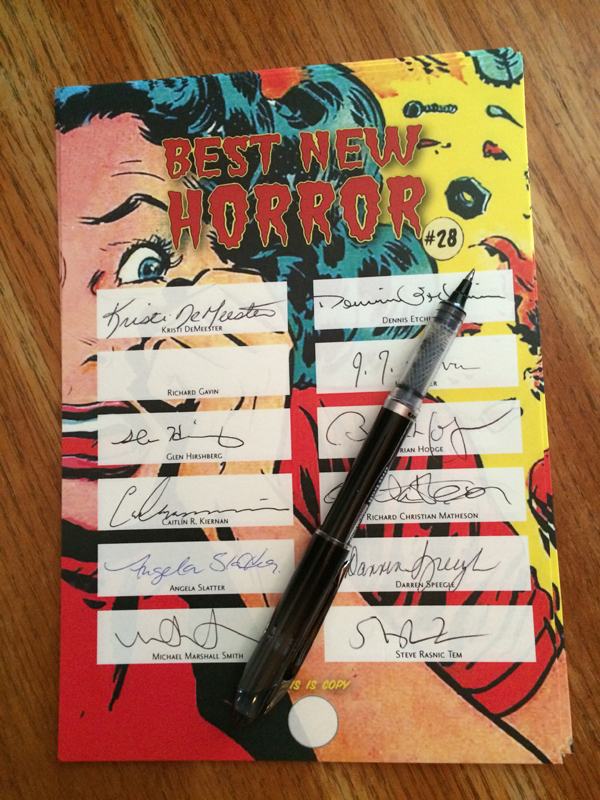