The snow started falling sometime after 1 a.m., and I think it's supposed to fall all day long. Currently, we have several inches, and it's 31˚F, with the windchill at 16˚F. There's ice on the windows, so it's hard to see out, which is really for the best. The wind is 32 mph from the N, gusting to 46 mph. This is our third winter storm in only a little more than a week. There was actually a time, up until about 2012, when I didn't hate the snow. It used to delight me. The winter (2014-2015) that we spent at Neil's cabin in the Catskills, it wasn't too bad then, if only for the novelty. But now, now it's only another source of anxiety, something to add to the misery and stoke the depression. Now, it smothers me. Two weeks ago I was in Alabama, and it was warm, and everything was turning green. And now I'm here again.

I don't have anything else to say today. 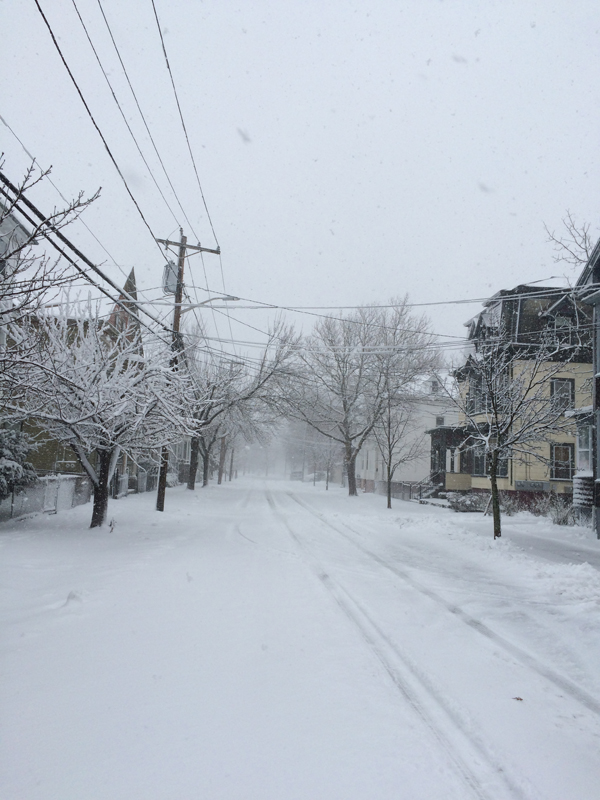