Twelve days, fifty-three minutes, and forty-seven seconds until Spring. And we got a few inches of heavy, wet snow last night. Currently, it's 36˚F, with the windchill at 27˚F.

Yesterday, I managed 1,038 words on "Pennsylvania Story," which became "Virginia Story." That's not the final title, I hope. And yesterday morning I got the good news from Subterranean Press that we'll be able to use the Ray Troll painting I was hoping we could use for the cover of The Dinosaur Tourist.

I spoke (by email) with Andy Rindsberg at the University of West Alabama and with David Schwimmer at Columbus State University and with Mary Beth Prondzinski at the Alabama Museum of Natural History.

I've discovered that cold brewed chicory coffee is very good. And so are pickled green tomatoes. We bought a jar in Birmingham, and opened them last night. They went perfectly with black-eyed peas.

Last night, we watched Greta Gerwig's Lady Bird, which was sweet, but ultimately did little but depress me, as it makes clear that even 2002/2003 was a better place to be than 2018. Next, we watched James Franco's The Disaster Artist, which starts out funny, then descends into such utter, baffling weirdness that it left me wanting a bath. 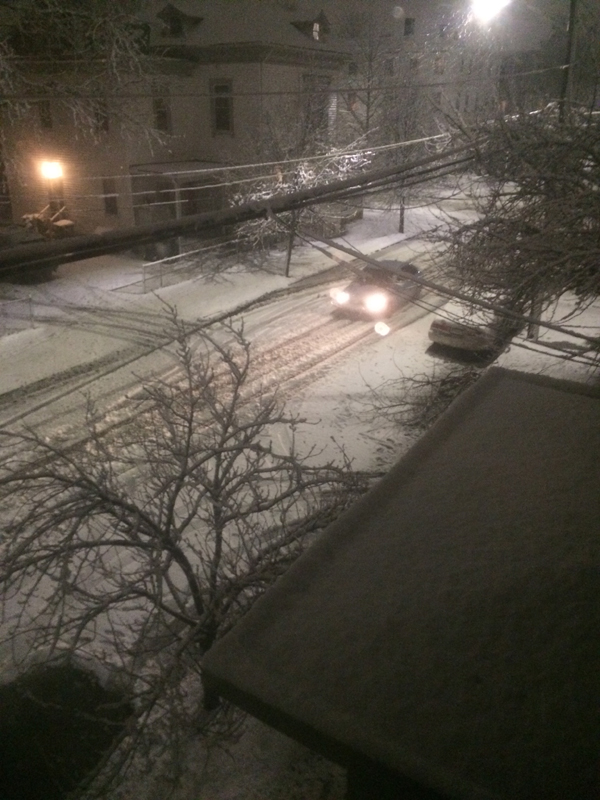