I need to try and get to sleep soon, because we need to get an early start back to Providence in the morning. So, I'm doing this tonight. There was a heavy rain just after dark, and it's currently 69˚F. We're expecting thunderstorms later tonight. We'll be driving in rain tomorrow.

Today. me and Spooky spent part of the afternoon at what they now call Old Leeds Park, which was just Leeds City Park when I was a kid. But it is a very old park. And there is a new one now, on Montevallo Road. Anyway, it was a big part of my childhood, the old park. The Little Cahaba River flows between walls built of mortar and blocks of grey Ordovician-aged limestone. Beginning in third grade, I had Cub Scout meetings in the park. Later, it's where my Boy Scout troop met (yes, I was both). There used to be a little blue building there that the scouts used, though that was torn down many years ago. There was playground equipment – a slide, a teeter-totter, and swings – where me and my sister used to play, though all of that was removed years ago (there's a newer, more sterile looking playground where a tennis court once was). My father's side of my family held the annual summer family reunion in that park. All through elementary school and junior high, me and a best friend (who still lives in Leeds), caught crawdads, turtles, and salamanders in the Little Cahaba at the old park. When I was in high school, my parents built a house on Linden Street, just a tad more than a hundred yards from the park, where we lived for a year (1979-1980) before moving to Trussville. So, yes, the park and I go way, way back. Some things about it have changed, but, all in all, it's one of those places that still feels the same, and so I treasure it. We would have lingered longer there today, but it began to rain. And we needed to go to the market to get some things.

Later, we visited the Bass Pro Shops in Leeds, and it really was pretty awesome. But that should probably be an entry all its own. 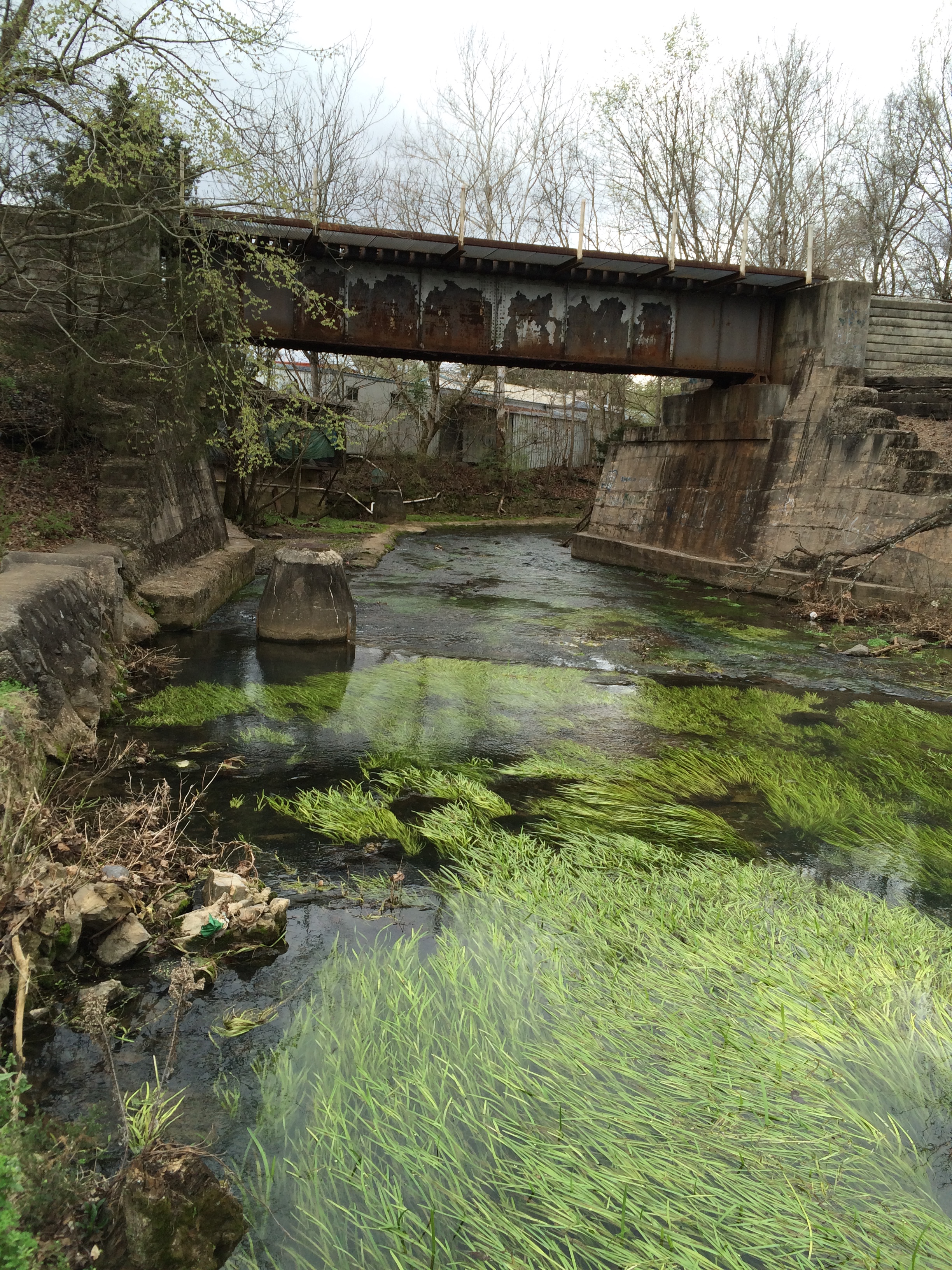