Mostly cloudy and cooler here today, currently 54˚F. But at home there was about five inches of snow last night.

Not much to report. We spent mosts of yesterday trying to rest from the road. There was a trip to Publix and a trip to the drugstore. The day was warm, and the sun came out from time to time. The trees down here will be showing the first green very, very soon now.

Today, we're supposed to drive around Center Point and Roebuck, looking at prospective houses in Birmingham. I think. Though Birmingham would be my first choice, rents here are exorbitant – not by Northeastern standards, but still more than I want to pay. And most of what there is, mostly it's apartment complexes, which I'm hoping to avoid. I did that shit in my twenties. The lofts in downtown Birmingham that I could afford in the mid nineties have all gone condo or the rents are now priced so high they're nothing I can afford.

I've made it about halfway through Lonesome Dove, and I think it's shaping up to be one of my new favorite novels. That doesn't happen often. I can't believe I waited this long to read it. 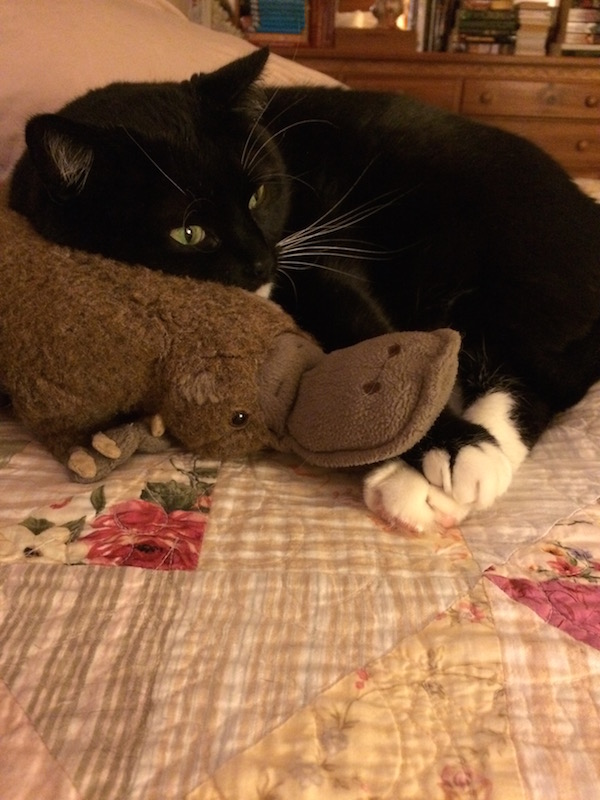 10:19 p.m. (Taco Cat gets reacquainted with the platypus.)
Collapse