Sirenia Digest No. 145 went out to subscribers this morning. And yesterday the ARCs for the expanded Tor.com edition of Black Helicopters arrived. It's a handsome little book, and I was surprised at how much longer it is than Agents of Dreamland. That should help a little with the people who whined about the length of Agents of Dreamland. The street date for Black Helicopters is May 1st. Also, I wanted to post the final table of contents for The Dinosaur Tourist:

"The Beginning of the Year Without a Summer"
"Far From Any Shore"
The Cats of River Street (1925)"
"Elegy for a Suicide"
"The Road of Needles"
"Whilst the Night Rejoices Profound and Still"
"Ballad of an Echo Whisperer"
"The Cripple and the Starfish"
"Fake Plastic Trees"
"Whisper Road (Murder Ballad No. 9)"
"Animals Pull the Night Around Their Shoulders"
"Untitled Psychiatrist No. 2"
"Excerpts for An Eschatology Quadrille"
"Ballad of a Catamite Revolver"
"Untitled Psychiatrist No. 3"
"Albatross (1994)"
"Fairy Tale of Wood Street"
"The Dinosaur Tourist (Murder Ballad No. 11)"
"Objects in the Mirror"

If the late 19th century was America's Gilded Age, and if the 1950s were (economically) its Golden Age, then we are surely now living in America's Guilted Age. 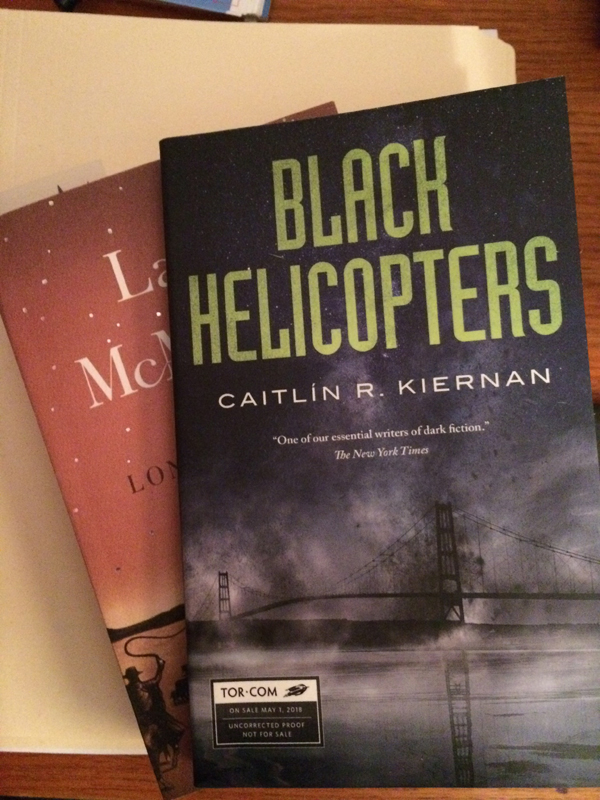