I'm groggy, and it mostly overcast, so the outside presently kind of matches the inside. Right now, it's 44˚F, with the windchill at 39˚F. Colder weather coming tomorrow, but only for a couple of days.

Yesterday was a day consumed by loose ends, one last pass through the collection and chapbook mss., and then I sent The Dinosaur Tourist and The Chartreuse Alphabet off the Bill Schafer. It's now out of my hands, and that's always a relief. Today, I have to put together Sirenia Digest No. 145, and that will most be it for me and work until I get back from Alabama at the end of the month and have to deal with StokerCon at the beginning of March. There was a time I used to look forward to conventions. That time is very long passed.

Night before last, Spooky took an old Society of Vertebrate Paleontology patch off an old bag of mine and sewed it onto the new bag I got Saturday at the Army Navy store on Thayer. I picked up two of the embroidered cloth patches in October 1985, at the 45th annual meeting of SVP, hosted by the South Dakota School of Mines and Technology in Rapid City. That patch had been on that bag for thirty-three years. It felt very odd seeing it moved to another. 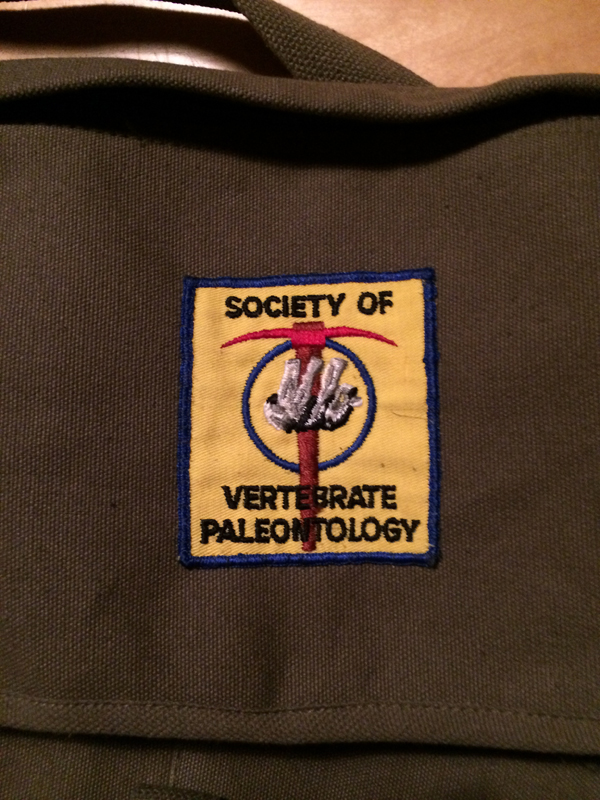