We have a few inches of snow, and it's still falling, a fine, dry sort of snow that blows into white veils whenever the wind picks up. Currently, it's 23˚F, with the windchill at 11˚F.

Yesterday, I wrote 1,122 words on "As Water Is In Water." I hope to be finished with the story tomorrow.

We're trying to figure out exactly when in February we're heading down to Alabama. The fact that I have to be back by March 1st, for StokerCon, is complicating things. And the fact that I still have not gotten The Tindalos Asset written. And making sure there are people around to watch after Selwyn and Lydia. And so on.

David is doing better. They sent him home yesterday.

Last night, I learned from my mother that Lonnie D. Marbury has died. He was my science teacher in eighth grade (1977-1978, Leeds Junior High). Forty years ago he was one of the people who inspired and encouraged me to study paleontology.

Last night, Spooky made delicious beef stroganoff (which, ironically, LJ cannot spell), and then we watched the two most recent episodes of American Experience – "Into the Amazon" and "The Secret of Tuxedo Park." The former concerned Theodore Roosevelt and Cândido Rondon's ill-fated 1914 expedition to explore the Amazon's "River of Doubt," which afterwards was named the Rio Roosevelt. Three years ago, I read Candice Millard's The River of Doubt (2005), and I believe the episode must have been based on the book. Later, I watched Cary Grant and Myrna Loy in H.C. Potter's Mr. Blandings Builds His Dream Home (1948), one of my favorite comedies, until I finally fell asleep sometime after 4 a.m. Oh, and I also finished the third volume of Michael McDowell's Blackwater series yesterday, and continued brushing up on my mosasaurs with "Reassessment and reassignment of the early Maastrichtian mosasaur Hainosaurus bernardi Dollo, 1885, to Tylosaurus Marsh, 1872." 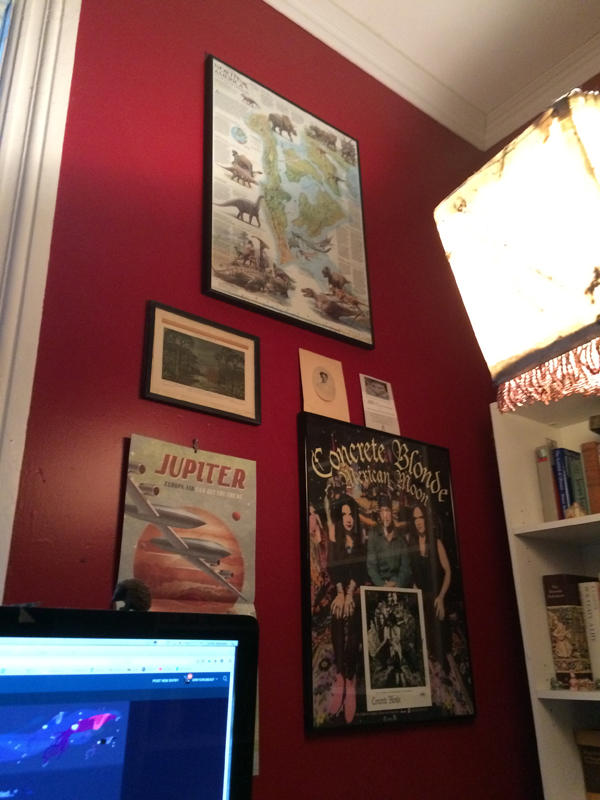