Overcast and rainy. Currently, it's 47˚F, and our high should reach 52˚F. But the cold will be back tomorrow. Monday's high is predicted to be only 39˚F, with a chance of snow. There was a terrible wind all day yesterday and last night, 25 mph, gusting to 36˚F, and so there went the walk I'd planned. I cannot stand the winds that blow through this city. They scrub my nerves raw.

Yesterday, somehow, I wrote another 1,032 words on "As Water Is In Water."

Last night, we watched the Coen Bros.' The Big Lebowski (1998), because it had been a while.

I learned late last night that an old and dear friend in Athens, David Ferguson, has had a severe heart attack. He's still in ICU. I'm unable to think of anything much except David. 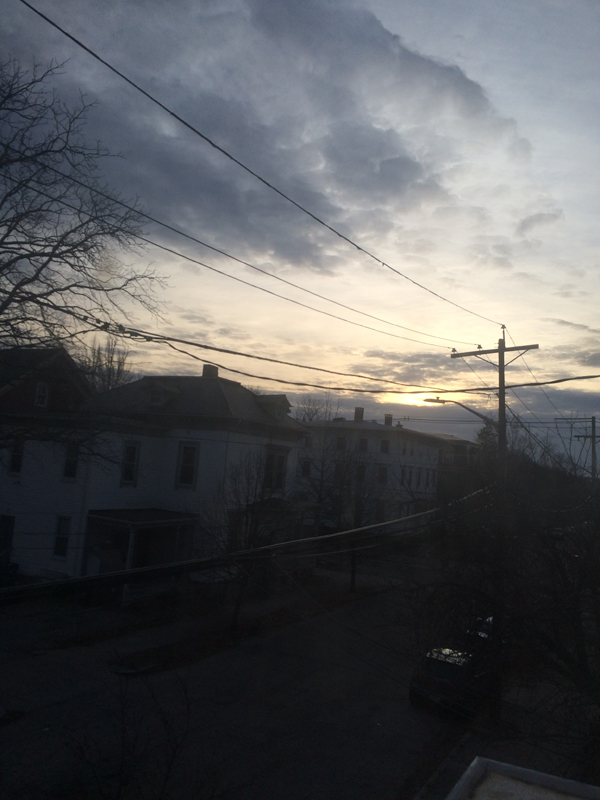