Sunny today. The temperature is sitting right at freezing, 32˚F, but the windchill's at 24˚F. It occurs to me that I have not left the House since January 11th. There's still a little snow on the ground, and nothing I see from the windows makes me want to venture Outside. But tomorrow we're going down to Saunderstown to visit with Spooky parents, so I'll be forced out then.

Yesterday, I proofread "Excerpts from An Eschatology Quadrille," "Ballad of a Catamite Revolver," "Untitled Psychiatrist No. 3," "The Dinosaur Tourist (Murder Ballad No. 11)," and "Objects in the Mirror." Which brings me to the end of the ms for The Dinosaur Tourist. But now I need to set it aside and get back to Sirenia Digest. But proofreading, it was heartening to see that I managed to write some genuinely good fiction in 2017, even if none of it was of the novel length that everyone clamor for and for which I am paid considerably more than I am paid for short fiction. But we do what we can do. Hopefully, I can get back to The Dinosaur Tourist in only a couple of weeks.

I've decided to read Michael McDowell's Blackwater series again. I've not read it since 1983, when the books were new.

Last night, Spooky made a delicious baked chicken in a spicy, hot tomato sauce, with mushrooms and bell pepper, and we had it with Brussels sprouts and potatoes.

A couple of posts from Facebook, from day before yesterday:

These Democrat special election wins are showing us that it will be the DNC that restores balance and normalcy and brings an end to the nightmare, not the pipe dreams of third, fourth, and fifth parties that helped get us into the mess.

I do not believe that the ends justify the means, that justice can follow from denial of due process, or in the efficacy of inquisitions and blacklists. I do not believe in guilt by accusation or that basic human rights can be secured by denying anyone their basic human rights. If the path to justice that you've chosen requires you to become the very thing you profess to oppose (or something worse), then your success will merely mean that an old evil has been replaced with a new and equally toxic evil. 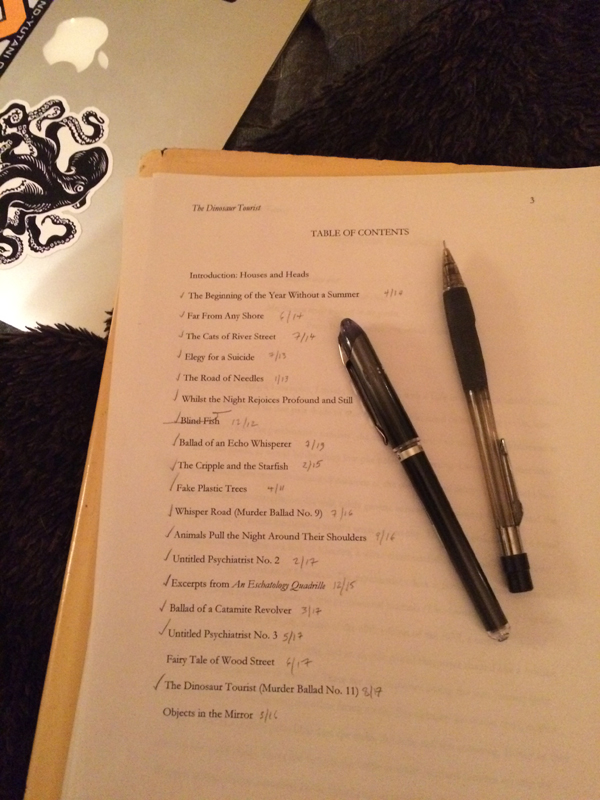