Snowing here. We may get four inches. So, a small snow to briefly soften the ugly, sharp edges of winter. Currently, it's 34˚F, with the windchill at 29˚F.

Yesterday, I proofed "Ballad of an Echo Whisperer," "The Cripple and the Starfish," and "Fake Plastic Trees," from the ms. for The Dinosaur Tourist. I'm considering cutting "The Cripple and the Starfish." It's not as big a mess as "Blind Fish," but it has issues, and I don't have time to fix them. I don't have the requisite motivation to even try to fix them. Fortunately, the ms. is huge, and it can stand to lose a few stories. I expected this. And I discovered that "Fake Plastic Trees" is a better look at apocalypse than I knew. Reading it yesterday, I was reading it from the perspective of someone living through an apocalypse, instead of a writer just dreaming it all up to get a check. It gets this sense that there's nowhere to go, and no one's ever coming, and this didn't have to happen, and we have no one to blame but ourselves.

Yesterday, Spooky drove over to the Weaver Memorial Library in East Providence to get a copy of Stanley Kramer's On the Beach (1959) on DVD. Amazon didn't have it to steam. Nor did Netflix. And I do not steal shit via BitTorrent et al. or watch grainy pirated films on YouTube. Better a little inconvenience. Spooky had never seen On the Beach, such a beautiful, hopeless film, and I had not seen it in years. At the end of the Cold War, after the fall of the Soviet Union, I began to pack away my almost crippling nuclear anxieties. But now the box is open again, and I've decided to revisit some of the better relevant films.

I don't like that paragraph, but I don't have the energy to rewrite it. This depression has robbed me of all but the most rudimentary motivation.

Outside the library, Spooky found a fine, big tree, and there are far too few of those in Rhode Island. 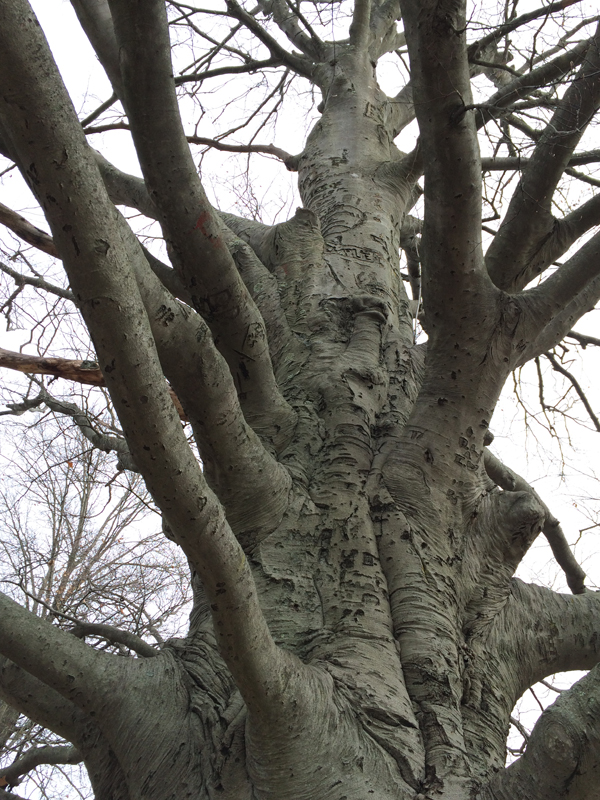