This morning on Facebook I posted one of my favorite Martin Luther King, Jr. quotes: I have decided to stick with love. Hate is too great a burden. And I said, "These days, this quote makes me think of my father, who died in 2007. We'd been estranged since 1990. We did not speak the last 17 years of his life, and that is one of those great regrets of my life." All that time, I thought I was being brave and showing the conviction of my beliefs (apart from the hate), but, in fact, I was just being an idiot.*

I dreamt about him this morning, my father.

Cold here, very cold. And overcast, and there was a dusting of snow this morning. Currently, it's 18˚F, with the windchill at 3˚F.

Yesterday, I couldn't face the proofreading. The next story up is an SF tale called "Blind Fish." It originally appeared in Sirenia Digest #85 (December 2012), and when it was reprinted in S.T. Joshi's Searchers After Horror: New Tales of the Weird and Fantastic (Fedogan and Bremer, 2014), after the book was in print, I discovered it was filled with all manner of messed up sentences, things worse than typos that somehow got past me twice. So, I knew yesterday that I wasn't up to the chore of trying to fix the story and make it presentable enough to appear in The Dinosaur Tourist. But I did manage to sign the signature sheets for Black Wings VI (also a Joshi anthology). Small victories. Next, these pages go to New Zealand.

On Saturday, I emailed Jonathan Strahan, my editor on the Tor.com books, and I told him, the way things are with me right now, I cannot say for sure when The Tindalos Asset will be done. Which means I lose the publishing slot and Tor.com will have to reschedule it. Hopefully, it'll still come out in 2019, but I can only do what I can do. I've spent too many years trying to do what I can't.

Soon, I have to find something I can write for Sirenia Digest #144, but today I'm going to deal with "Blind Fish."

I've been seeking consolation in old black-and-white movies, as I so often do. Night before last, it was Edward G. Robinson, Glenn Ford, and Marguerite Chapman in William A. Seiter's Destroyer (1943), and last night it was Humphrey Bogart, Michèle Morgan, and Claude Rains in Michael Curtiz' Passage to Marseille (1944). The latter also features Sydney Greenstreet, Peter Lorre, and Helmut Dantine, so there's a lot of Casablanca in this film.

Ideally, I'm only here to promote my writing. Honestly, that's 99% of why I have anything to do with "social media." But the truth, since sometime early 2016, has been an increasing tendency on my part to mouth off on political issues (and personal problems). And a lot of my readers aren't happy to learn that the real me doesn't jibe with their expectation that I'd be strongly progressive, far left, etc. Facebook has lost me readers, and I should leave and keep my mouth shut. But I'm stuck in the same dopamine feedback loop as everyone else, and my agent says I have to be on "social media." That's my dilemma.

Yes, Oprah could be president. And Santa Claus could be the Easter Bunny. 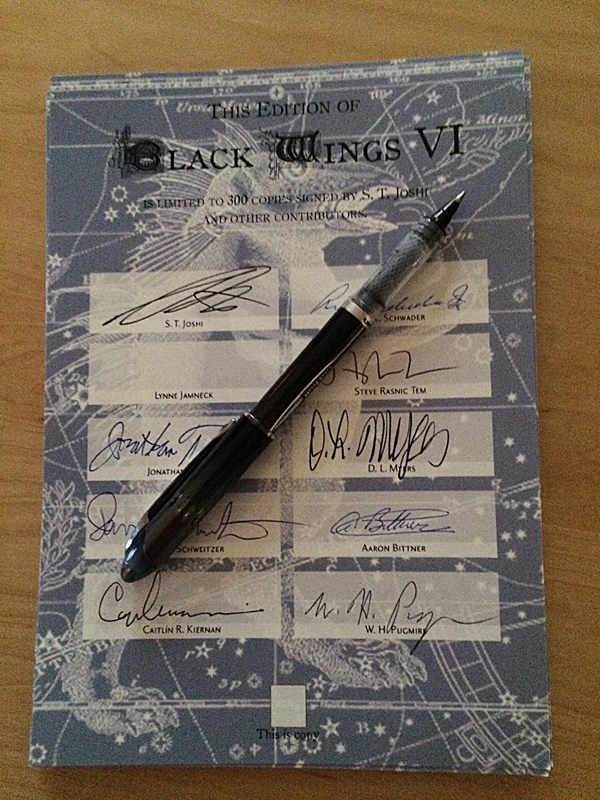 * The last time I saw him was either August 31 or September 1, 1990. My old journals seem unclear on the date.
Collapse