Last night, I got the first good night's sleep I've had in a long time. But I'm still groggy this morning.

The sun's out, and currently it's 26˚F, with the windchill at 19˚F. A little of the snow melted yesterday. According to the National Weather Service, we reached 42˚F.

Spooky and I decided to have a rare day out, because we learned that del Toro's The Shape of Water is still playing at the Avon on Thayer (or the sad mess that used to be Thayer). What a beautiful film, every single frame, and Michael Shannon, and 1962, and the monster gets the girl, and, really, what more could I ask? I'm fairly certain that The Shape of Water is now my favorite del Toro film. And then there was Bucktown for dinner.

I heard the latest Arcade Fire album for the first time day before yesterday. I like it quite a lot, which is a relief after 2013's extremely disappointing Reflektor.

Today I get back to work.

Regarding Oprah Winfrey and this idiotic celebrity president thing, personally, I want my presidents to be career politicians. But if I were going to play this silly game, I'd be willing to vote for either Tom Hanks or George Clooney for president.

We almost finished The Pacific last night, and we've reached Season 6 in the Third Annual That 70s Show Watch-Through. 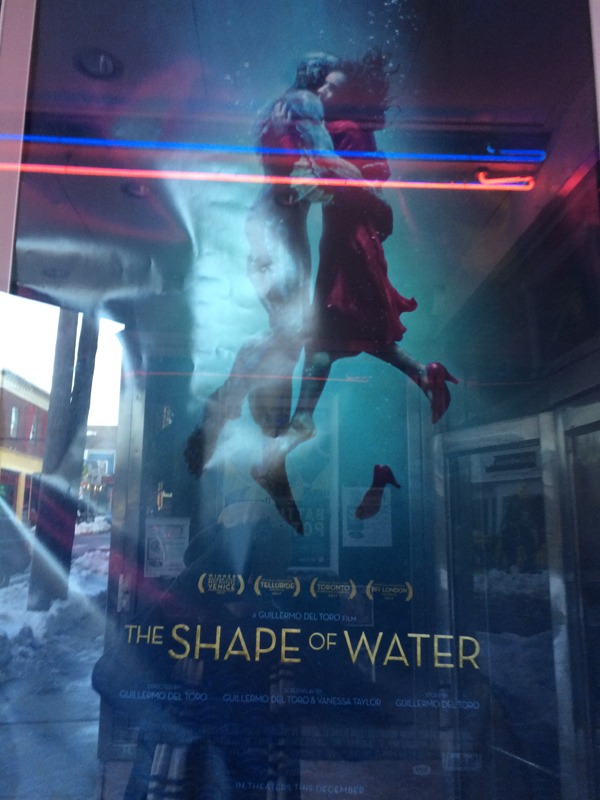