Currently, here in Providence, it's fucking cold. Which is to say, 22˚F, with the windchill at 13˚F. There's bad weather coming.

Yesterday, like I said, I had to go to the Hay. I spent maybe an hour with the exhibit. We took a lot of photographs. It was strange and sad and confusing. Which is how it has been every time I've looked at the CRK Papers exhibit. If I were seventy-three, instead of fifty-three, it wouldn't be quite so strange. The reading room was bright and warm from the sun, and after the dark, freezing cave of the House, it was marvelous. After we took the photos, I just wanted to sit down in there and take a nap in all that light. Instead, in my spacesuit, I went back out beneath the frozen sky, which is a wide carnivorous sky, even when it's frozen. Some day soon I'll corral a set of the photos into a little walk through the exhibit, because I have a feeling that most of the people who wanted to see it didn't. Everything comes down on Monday, I've been told. The Joey Lafaye dolls and the Dancy box have already been put away.

After the library, we went to Whole Foods and Eastside Market, the head shop on Wickenden Street where I buy kratom and to the Aqua-Life pet center for kitty litter, and also to the liquor store (Bottles) for beer and Baileys, because I'm trying to take up drinking again. And then back home. 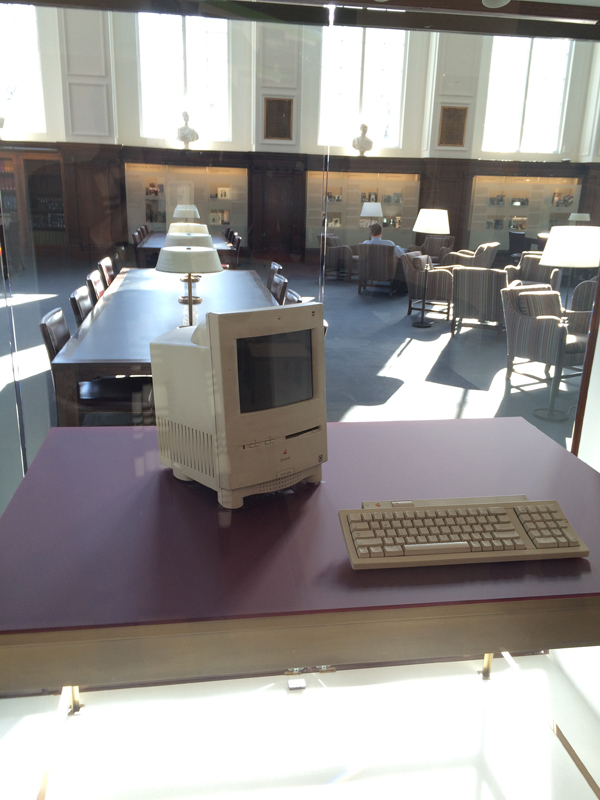