More snow last night, not much, but it's the thought that counts. It's only December 15th, and already I am sick of the fucking snow. Currently, it's 28˚, sunny, and the windchill is at 16˚F.

We saw Star Wars: The Last Jedi yesterday. There an unfortunate sagginess about it's midsection – all that business at the space casino, all that – and I think it could have benefited from being half an hour shorter, but, all in all, it was delightful. Not all of the jokes landed, and quite a few felt forced, but the same can be said for Star Wars: A New Hope (1977) and definitely for Star Wars: Return of the Jedi (1983). The opening battle and the last hour or so are absolutely marvelous. Indeed, the climactic battle on the planet Crait is one of the finest scenes in all the Star Wars films. Luke's showdown with Kylo Ren, is near to perfection, and have to admit the scene in Snoke's throne room, with three-way tug of war between Snoke, Kylo, and Rey was masterful, even if the shippers must be weeping over the ultimate outcome. I honestly never much cared for Luke Skywalker. It has often felt to me as if wasn't quite the knight in shining armor he was intended to be. But I think this film finally redeems him. I'll see it in theaters again, I expect.

This week, I finished Cormac McCarthy's The Orchard Keeper and started his Child of God (1973), which will round off my survey of his novels. I made it through all of them this year, except for The Road, and I just wasn't up to that ride again. Yesterday, I read "Evolutionary implications of tooth attachment versus tooth implantation: A case study using dinosaur, crocodilian, and mammal teeth" in the Journal of Vertebrate Paleontology. Spooky made chili for dinner. 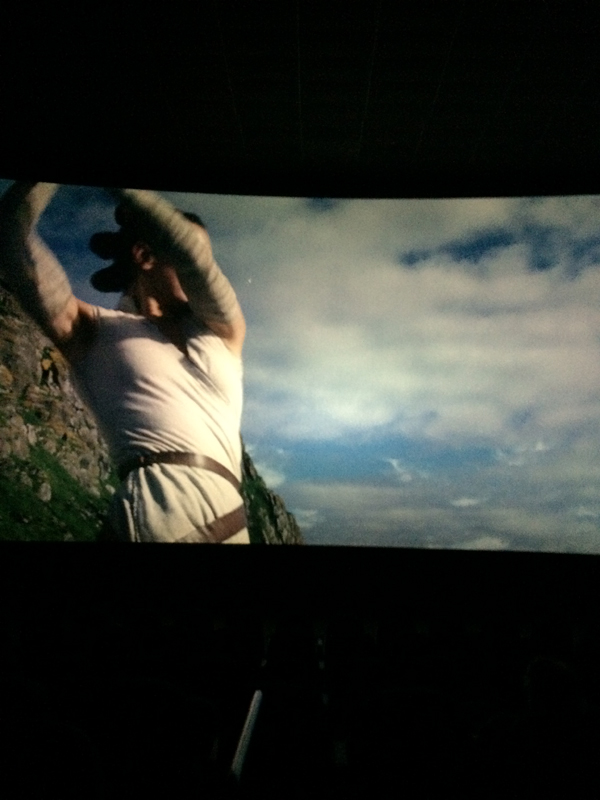