Overcast and rainy and currently 54˚F, with the windchill at 51˚F.

Last night was the twelfth anniversary of the release of Sirenia Digest No. 0, the very first issue, and I'd meant to mention that in yesterday's entry, but I forgot. Twelve years, one hundred and forty-one issues (counting No. 0), one hundred and fifty-nine vignettes and short stories written specifically for the digest, and, in effect, two World Fantasy Awards*. Not bad for something I'd only intended to keep going for a year or so.

Yesterday, no writing. I've got to pull out of this. The year is quickly ticking away.

Yesterday afternoon, we saw Zack Snyder's Justice League. I've loved the recent DC films – Snyder's Man of Steel (2013), Batman v. Superman: Dawn of Justice (2016), and Patty Jenkins' Wonder Woman from this past summer. But I did not love Justice League. I'm mostly blaming the screenplay, chocked full of Whedonisms, and the bizarre decision to lighten the mood relative to the other films in the series. I do not hate Joss Whedon. Often I have loved him. But his cornball comedic touches do not always work, and they especially often do not work in the hands of other directors (see 1997's Alien Resurrection). And then there's the way that the script (which, it's true, was coauthored by Chris Terrio) breaks all the characters down into the classic Whedon Archetypes: Aquaman has the Jayne Cobb/Spike role, Bruce Wayne has the Malcolm Reynolds/Angel role, Diana Prince is a weird fusion of Buffy and Inara, Alfred fills the Giles/Shepherd Book slot, and...you see what I mean. Or you will if you see Justice League. You'd think Whedon would have outgrown this long ago, but he has not. As much as I loved his Avengers (2012), I do not love the way he (as Spooky said) pissed all over Justice League, marking great swaths of it as his own. Some flavor combinations just don't work, and Whedon-Snyder Superhero FunnyGrim Swirl is one of them. Oh, and there are far better versions of "Everybody Knows" that could have been used to open the film. Who the fuck was that caterwauling woman?

Have I ever mentioned that Providence has some butt-ugly buildings obscuring the view of College Hill's ancient Colonial splendor? Thank goodness Lovecraft never had to see this. 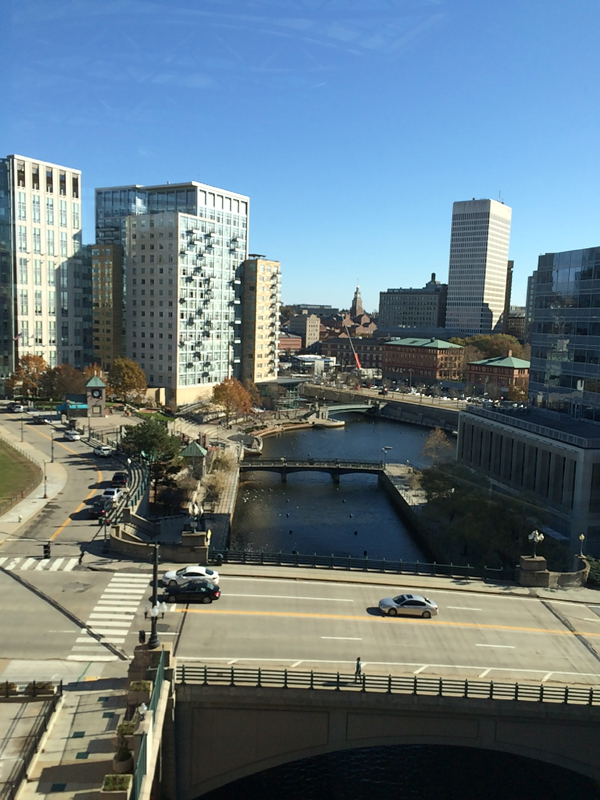 * How do I reckon that Sirenia Digest has received two WFAs? Well, "The Prayer of Ninety Cats" won Best Short Story in 2014, and it first appeared in Sirenia Digest. That same year, The Ape's Wife and Other Stories won for Best Collection, and fully eight (or 61.5%) of its thirteen stories first appeared in the digest. So, that's how.
Collapse