"...though we know the sea to be an everlasting terra incognita, so that Columbus sailed over numberless unknown worlds to discover his one superficial western one; though, by vast odds, the most terrific of mortal disasters have immemorially and indiscriminately befallen tens and hundreds of thousands of those who have gone upon the waters; though but a moment's consideration will teach that, however baby man may brag of his science and skill, and however much, in a flattering future, that science and skill may augment; yet for ever and and for ever, to the crack of doom, the sea will insult and murder him, and pulverize the stateliest, stiffest frigate he can make; nevertheless, by the continual repetition of these very impressions, man has lost that sense of the full awfulness of the sea which aboriginally belongs to it." ~ Herman Melville, Moby-Dick (1851)

Yesterday, I tossed out everything I'd written so far and began anew on "Behind the Wall of Sleep, Below the Starless Sky, Above the Sea of Worms." I wrote 1,235 words.

After I wrote, Spooky and I left the house and went down to North Kingstown to get doughnuts from Allie's. Forget the ubiquitous Dunkin' and even forget the once mighty (and of my childhood) Krispy Kreme – for both have turned to the syrupy, bland foulness of HFCS. Also, disregard silly, precious hipster pastries. Allie's, though, Allie's remembers what a true doughnut is. And I can still eat them, if I dunk them first in coffee.

Last night, after leftover five-legged chicken, we watched the first two episodes of Twin Peaks: The Return over again, and then we watched the second half of Rolling Stone: Stories from the Edge. 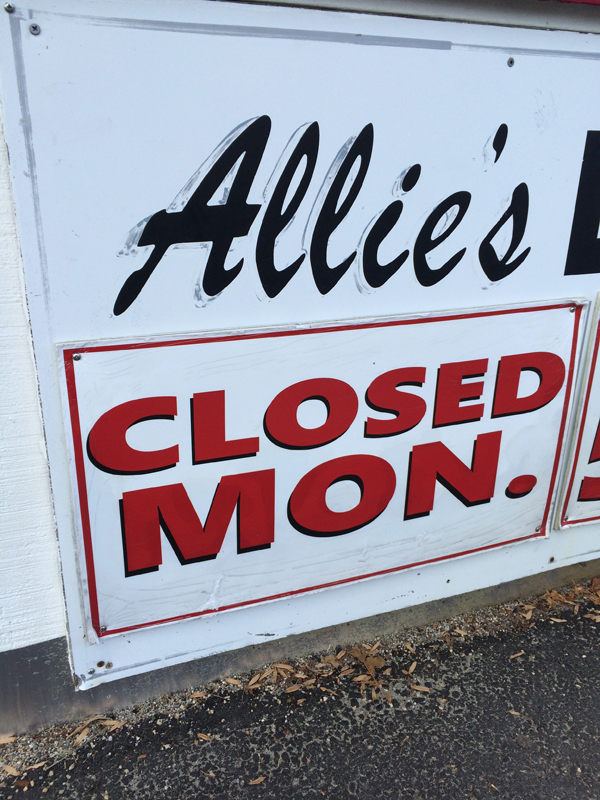