Overcast for now, be we are promised the sky will partly clear soon. It got cold last night. Around midnight, the windchill was 31˚F, but I don't know out actual low. Right now, we're at 40˚F, and, once again, the windchill is at 31˚F.

No writing yesterday. It was a very bad day, and I won't get into the many whys.

For dinner, Spooky made one of her five-legged chickens, baked in the slow-cooker with apples, garlic, potatoes, celery, mushrooms, pearl onions, carrots, and all manner of herbs. Our copy of the Criterion edition of Fire Walk With Me arrived a couple of days back, and last night we watched the film again, plus the hour and a half of "missing pieces." The deleted and extended scenes are delightful, and many should have been included in the actual film, as they shed a great deal of light that needed shedding. Also, if you're a fan of Twin Peaks, I cannot recommend strongly enough both The Secret History of Twin Peaks (2016) and Twin Peaks: The Final Dossier, both by Mark Frost. After the movie, I had some excellent RP. Oh, and I began a jigsaw puzzle yesterday, the first I've sat down to do since June. 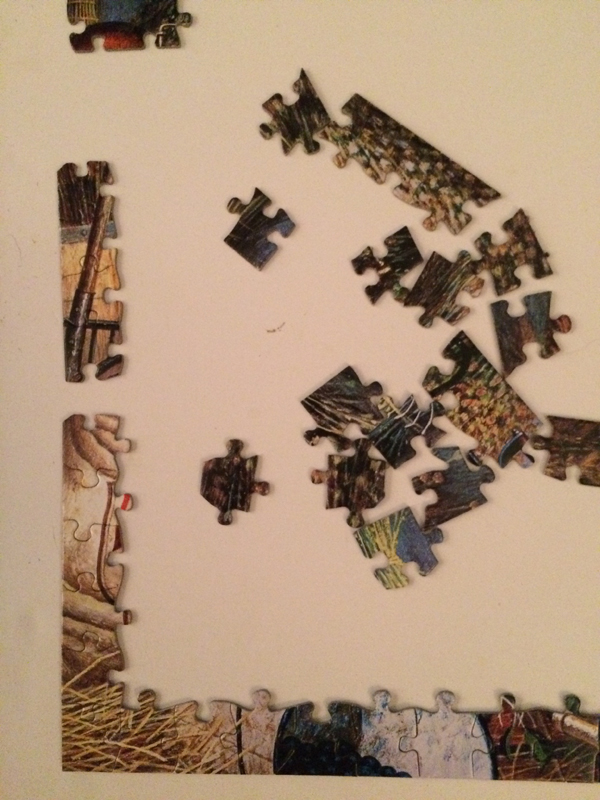